After a good amount of sleep I headed downstairs at Park Inn for the extensive and substantial breakfast they provide. That (I told myself) should set me up for the day.

Then it was off via two shuttle buses to Eurocar depot where my Vauxhaul Economy manual drive awaited me.

Now the hard bit: plunging on to the fast moving motorways leading out from London in a manual car. The further I went the more relaxed I felt as roads veered off and narrowed and became country lanes. Finally I diverted and decided to see Oxford. The plan was to see the Bodliean (sp) Library if poss. However, the closer my intrepid Google narrator brought me the more bicycles and teeming crowds surrounded me and I had to park so far away I changed my target.

Just down the road was the Eagle and Child, the pub where the Inklings used to gather. (C. S. Lewis, Tolkien, and friends). I slipped inside and ordered a half pint of ale and revelled in the knowledge I was in their familiar haunt. 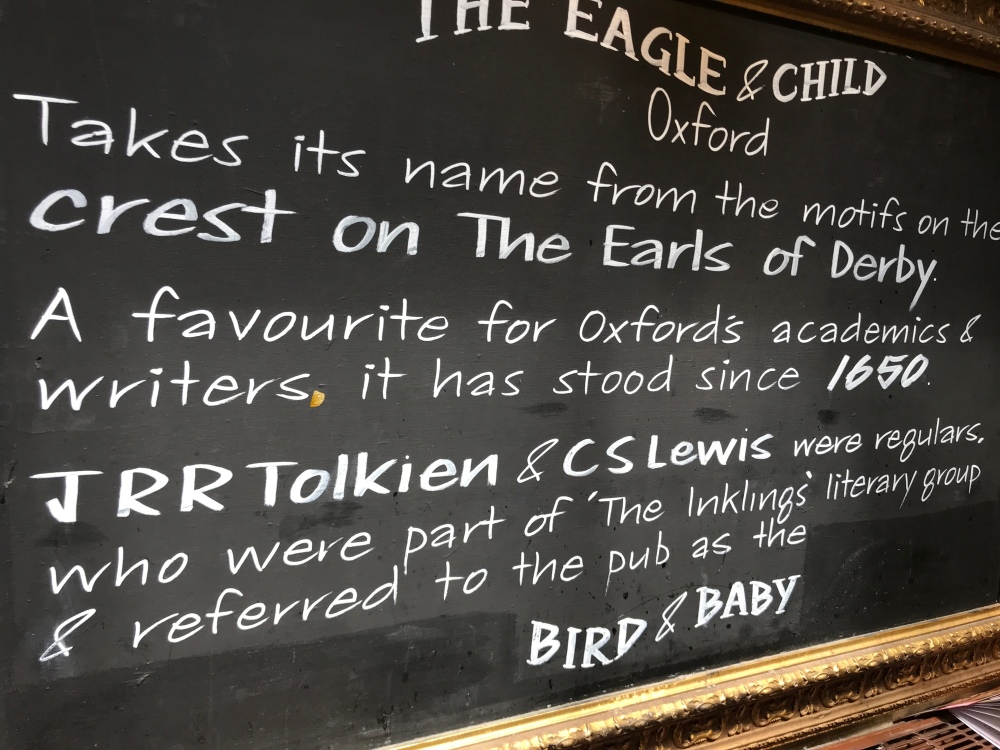 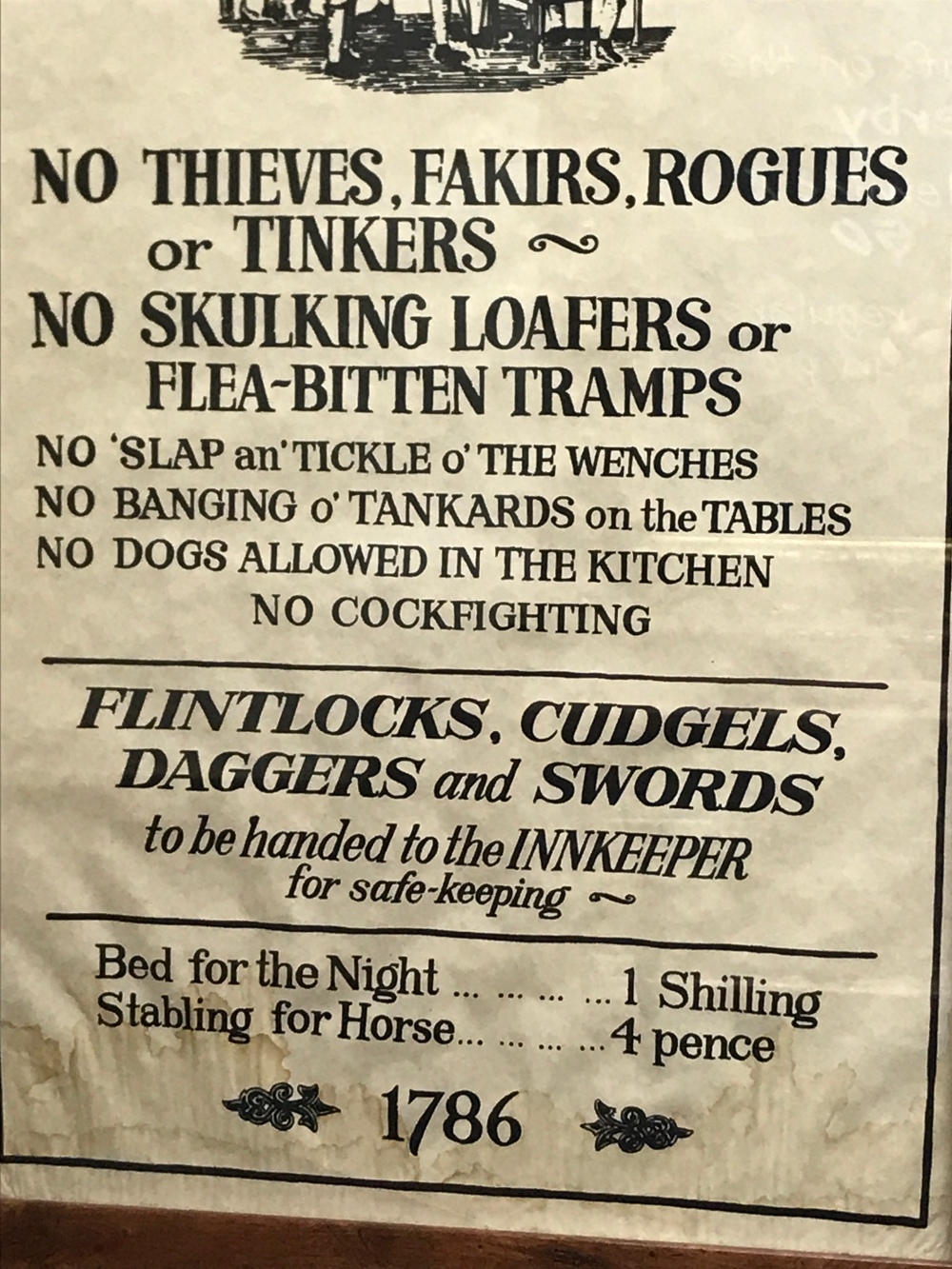 After a walk along this street and back I set off for Bourton on the Water, to see about hiring a bike tomorrow. Once again, the main part of this picturesque town was seething with tourists and locals – some kind of fair? – and no parks. Mental note to just turn up and hope on the morrow.

I drove on to the Slaughters and was delighted to see the little hamlet of Lower Slaughter was pretty and there was parking!

A moment later I was strolling beside a shallow stream, seeing groups of people sipping tea and beverages under umbrellas on this mildly warm day. 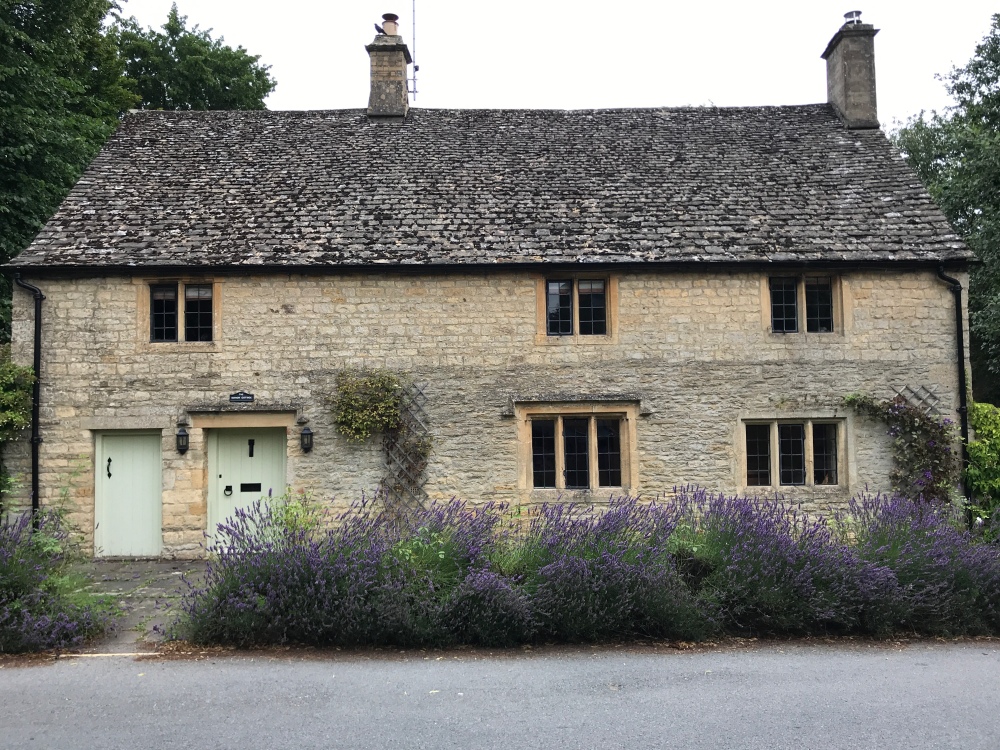 Naturally I joined them. 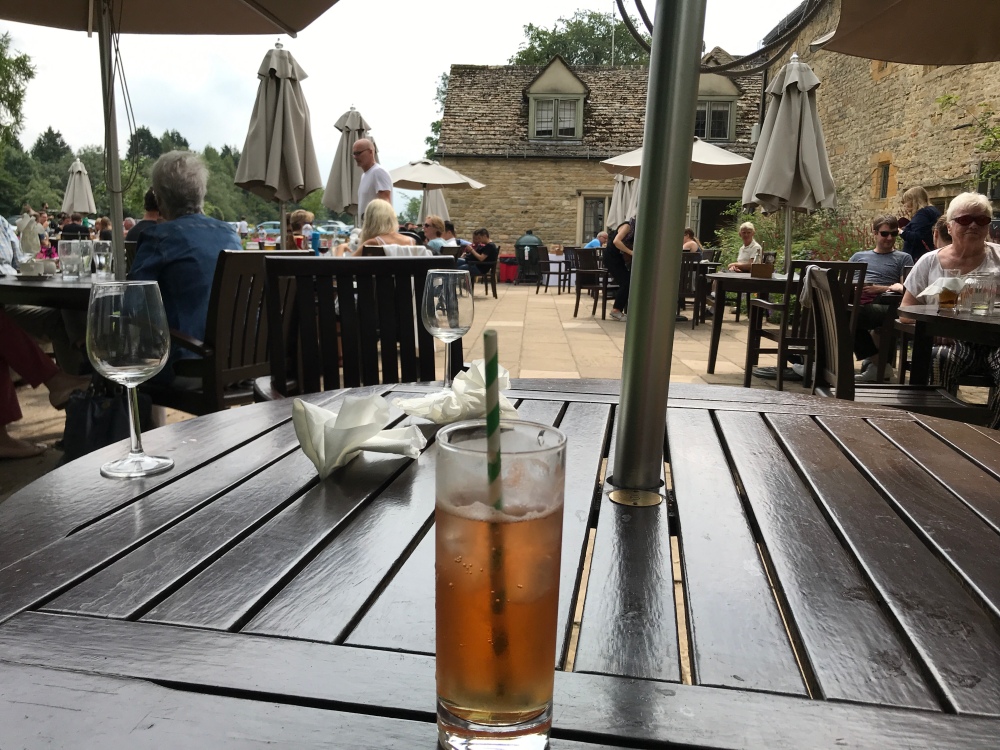 As I sat there the church bells began to ring out and I captured the moment a wedding party emerged across the road.

I made a reservation for dinner here at Slaughter Inn and set off down the road to my B&B which is five minutes walk away.

What a pleasant house and host awaited me. 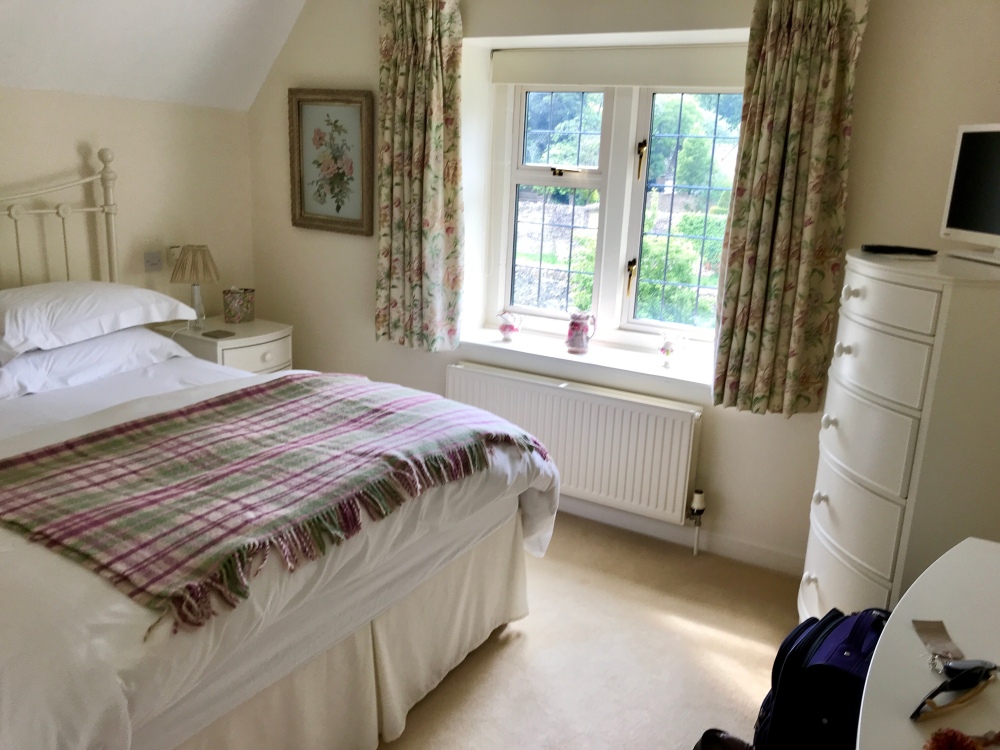 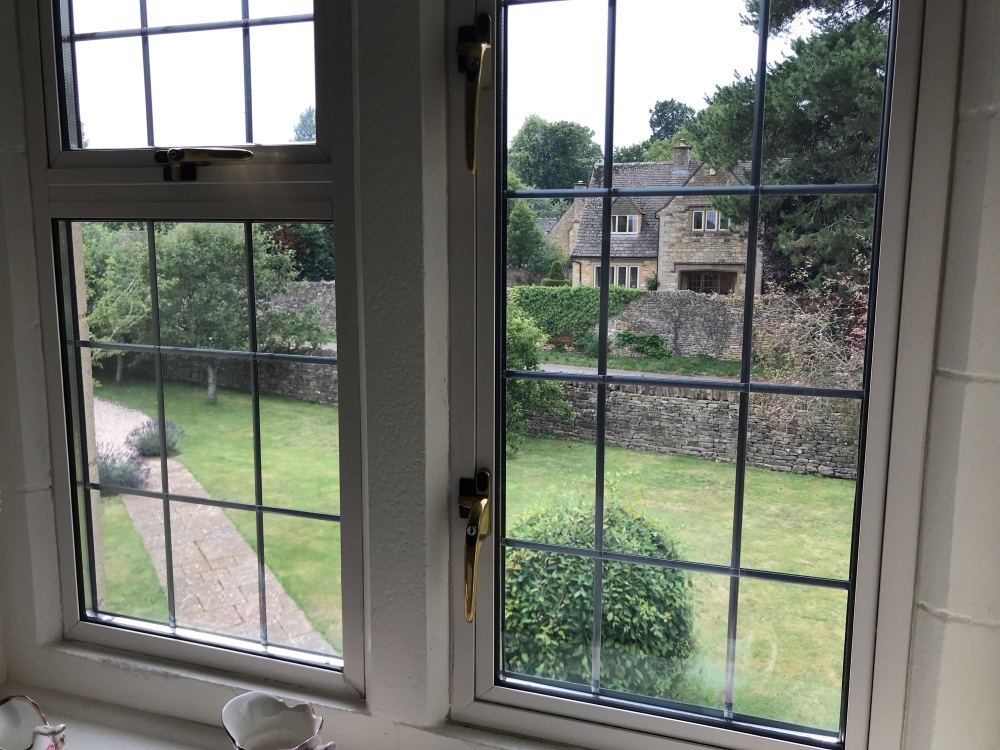 After a two hour snooze I roused and walked back for dinner: Lamb and vegies.

For the first ten minutes I had the restaurant to myself, but it filled up even as I did.

I’ve sat on the garden seat you can see through the window and then wandered home.

Perfect start to the adventure!