I’m starting with the last bit which was the best: meeting this gregarious and voluble butcher – Isaac Lett by name.

More on that later.

We set off on the Graylines coach for a day’s jaunt around Wicklow and Glendalough. Some 30 years ago my friend Cathy and I had stayed in a hostel nearby and I remember the stone tower clearly.

It was a full bus and the driver a chatty Englishman called Richie. He kept up a lively monologue and in betweentimes played Irish ballads. Helen and I have decided we don’t like ballads.

We wound up to Enniskerry through narrow winding roads, overhung by trees and hugging the hedgerows.

At one point we were shown a trickle of water that would prove to be the start of the mighty river Liffey:

Then stopped to view the ‘Guiness Lake’ – a wonderful dark peaty lake in green surrounds. 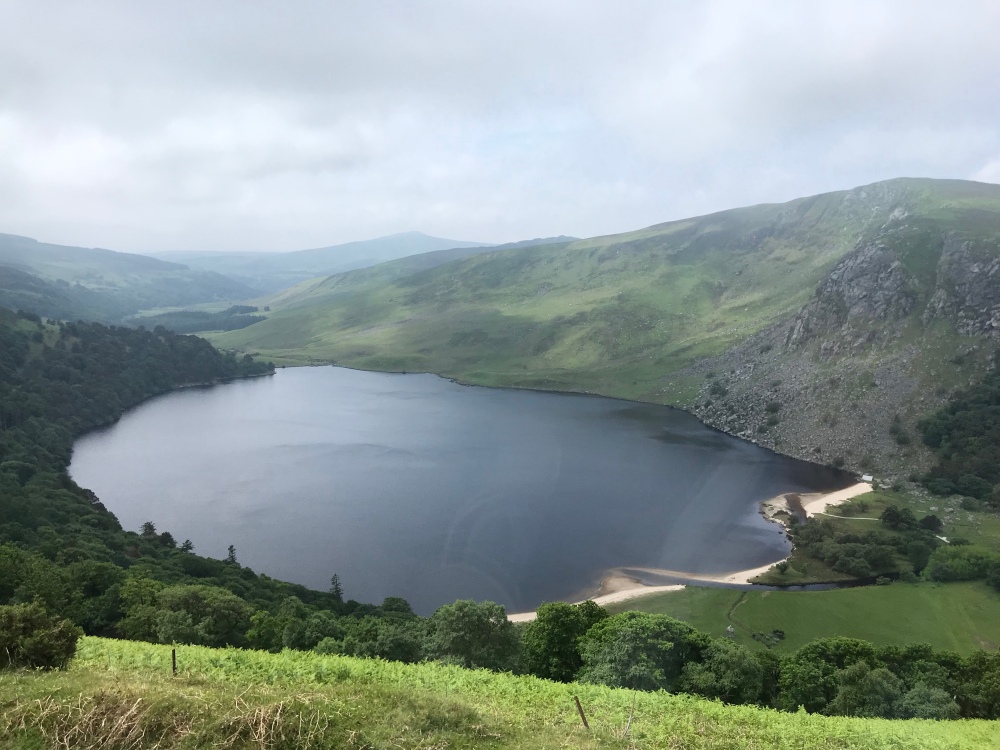 As the sun lifted the mists away it was lovely to see. 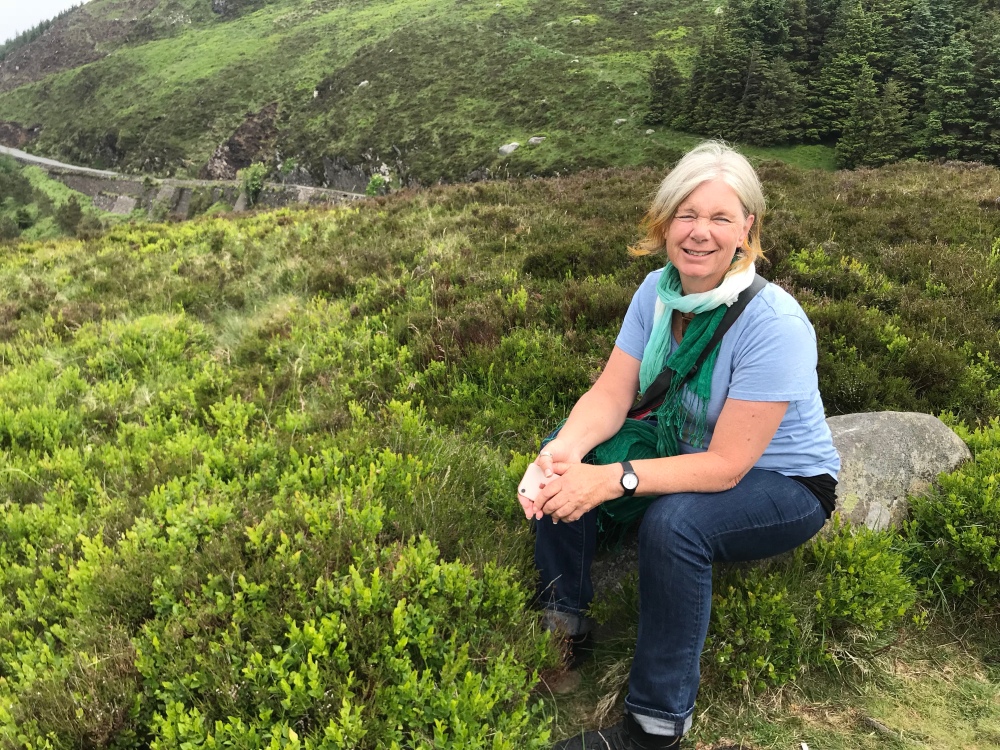 On we rumbled from the highest town in Ireland down towards Glendalough – where an ancient monkish city is now a tourist attraction complete with visitor’s centre and carpark. (Unlike 30 yrs ago). 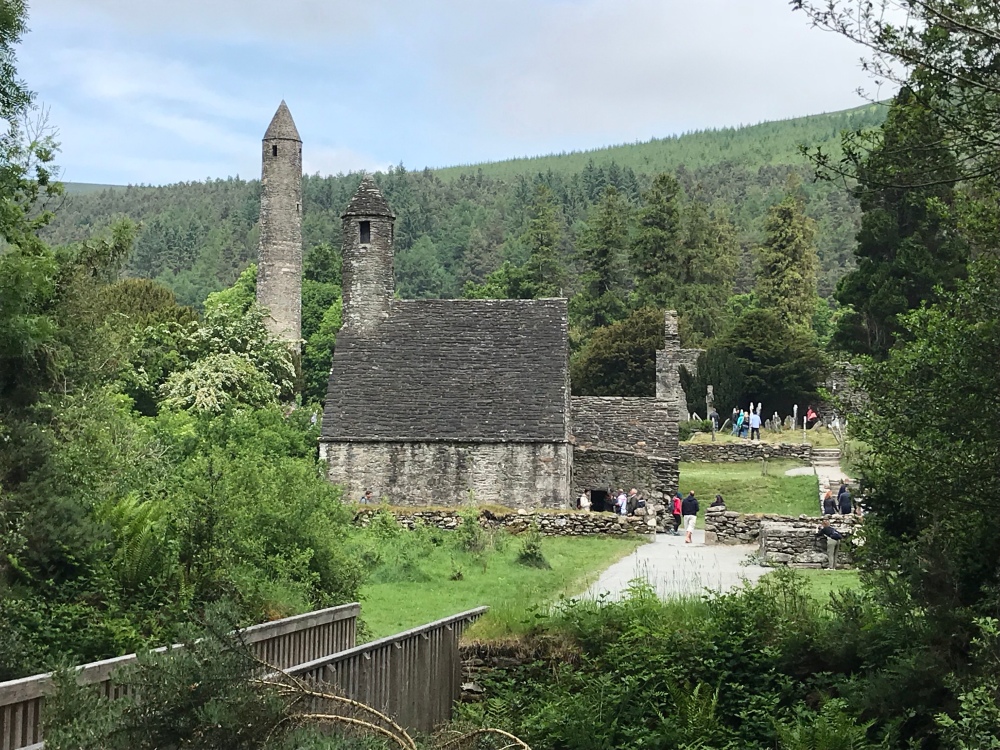 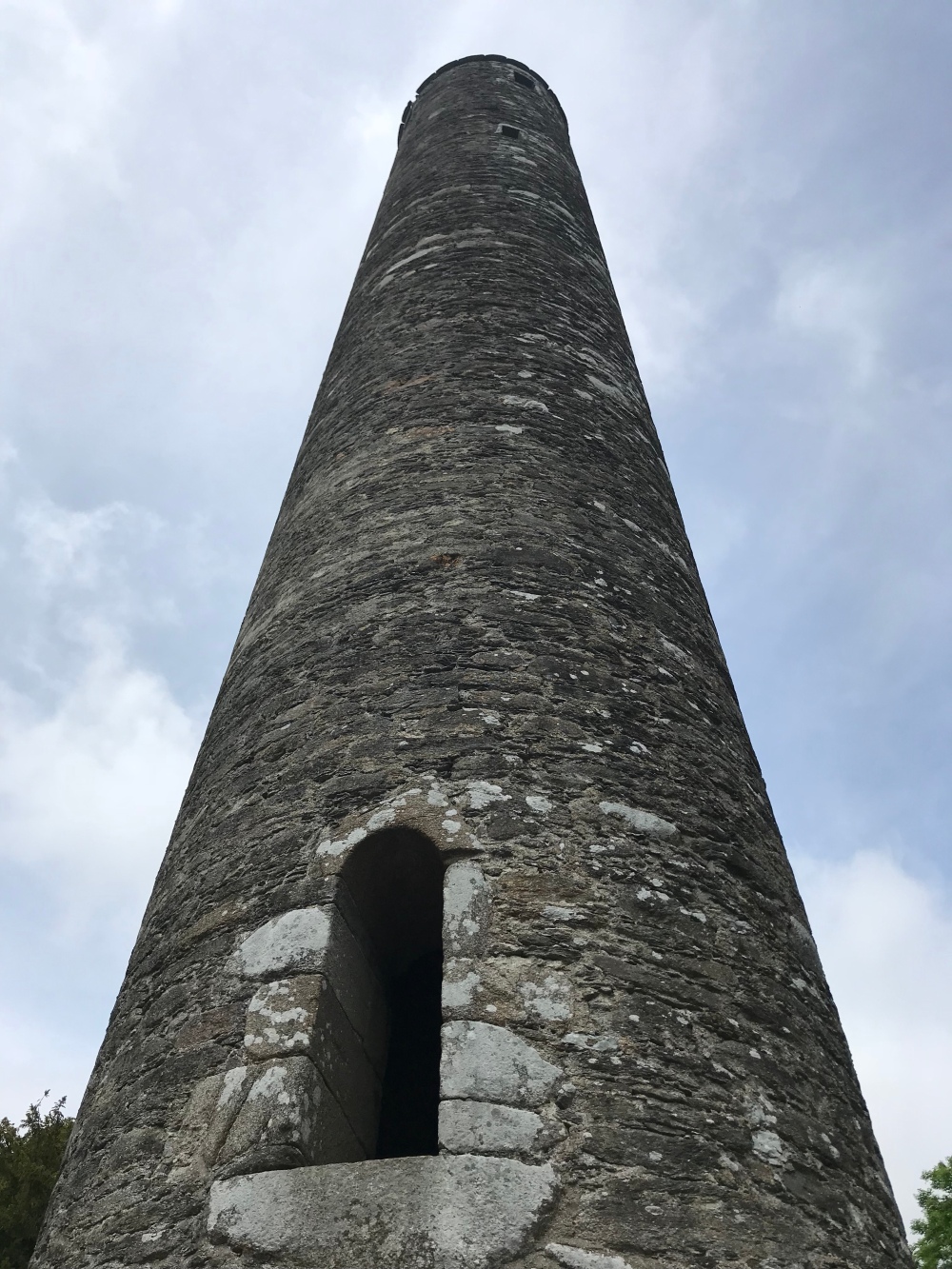 We wandered from the ruins to a boardwalk that circles the lake. Very pretty – and busy with walks – all around here.

I returned and paid to view the exhibits inside.

We pushed on down to Avoca – and stopped at Tinnahinch for a late pub lunch – ham steak and pineapple for me, cottage pie for Helen.

On the way back to the bus a butcher came out of his shop to chat – very funny and friendly. Who would have guessed he’d been a bikie in the past! He even knew and revered the notorious Hell’s Angels in NZ. He insisted on the photos and forgave us for flooding the UK market with NZ lamb. Although he’d never stock it himself of course.

What a great trip!