We set off a little later today – weather overcast – deciding to do a cycle around the local roads. As we prepared to set off it became apparent that some sort of parade was about to circle the town. Streets were cut off, police were dotted at intervals around. I asked one policeman and managed to gather it involved horses. We also saw some beautiful traditional costumes being worn. Took these two on their way to the start:

We’d rented ebikes for half a day but spent the first hour of that waiting to see what would show up. It was worth it.

Just after 11 sis and I set off to do a flattish circular route that lasts 2.5 hours. The thing is, it’s pretty hard to follow instructions in English-is-a-second language. And we’re already disoriented. Still – as this Map-MyRide shows (and thank the Lord for THAT) all the hairy little lines heading away were corrected. 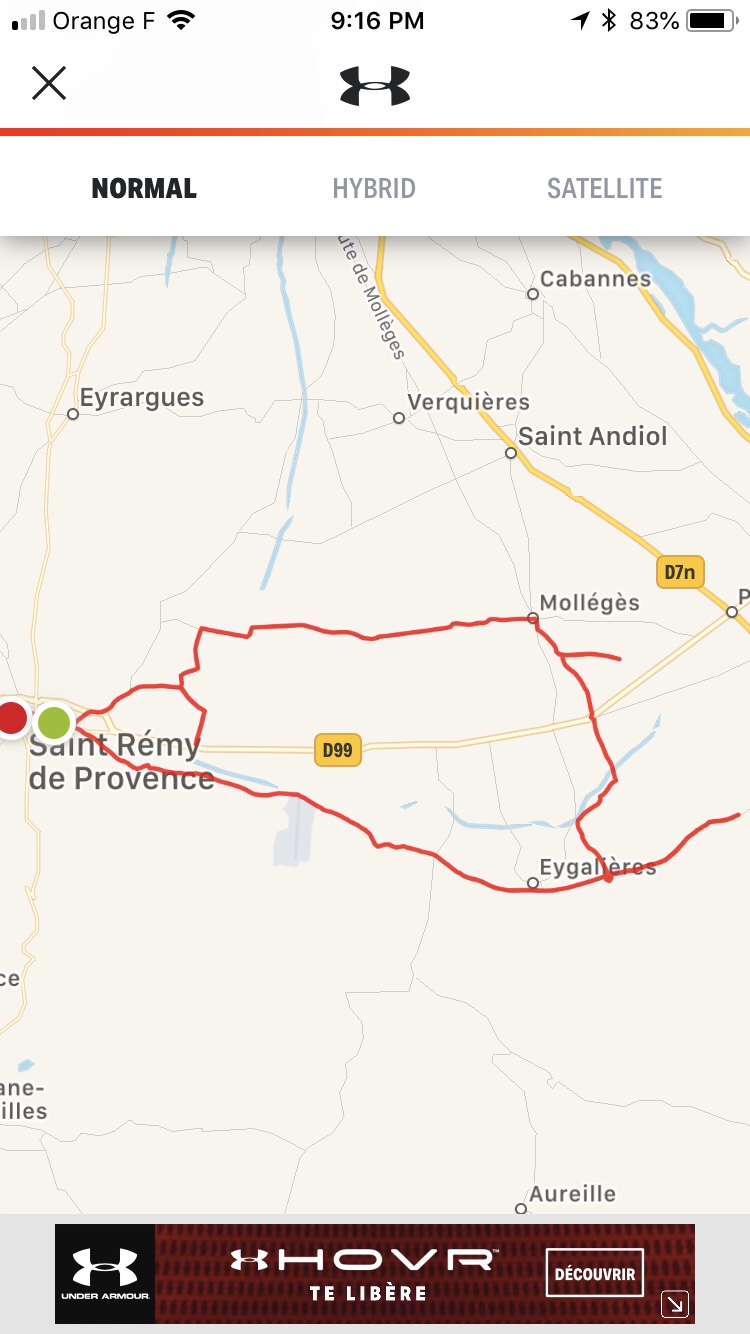 We managed a 40 km ride and even stopped for lunch in a village in the foothills. It was a great bit of exercise and a good way to see the countryside.

The rain even held off! Had a swim upon our return and have taken it easy since. (Crepes at a wee family restaurant for dinner).