Wednesday 23 May we dined on the extensive brekky here – cold meats, fruits, bread, cheese and coffee. We are hanging out for a good strong cup of tea when we hit Dublin late next week. It was another fine morning and a short 20 min drive saw us cruising up into a free park outside The Cathedral of Images at the foot of the City of Kings. 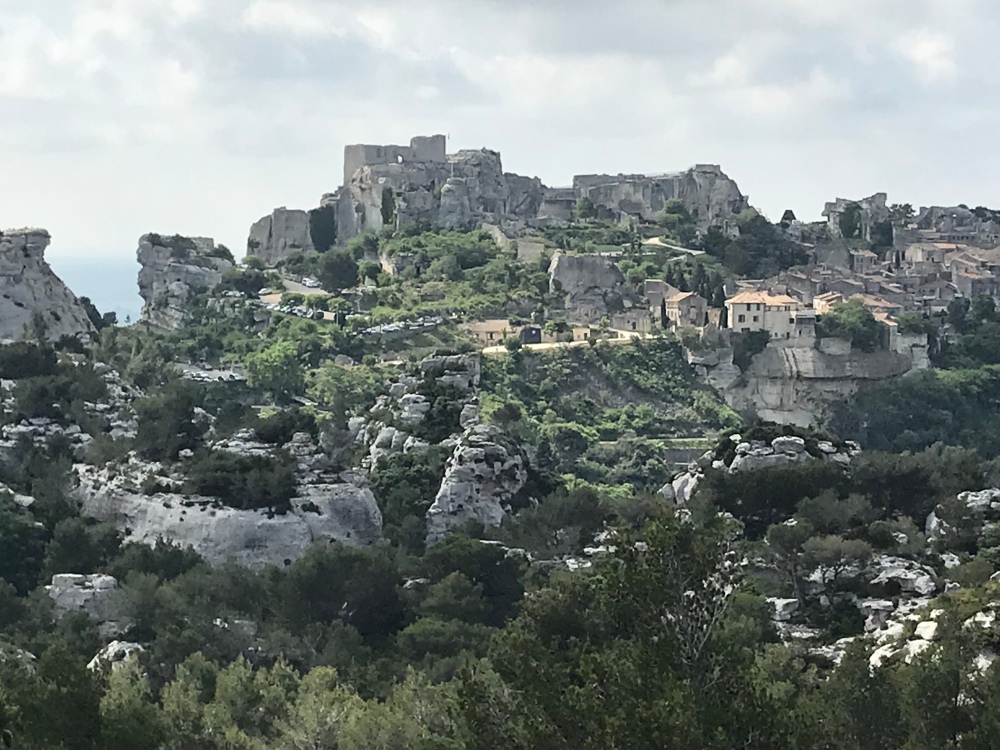 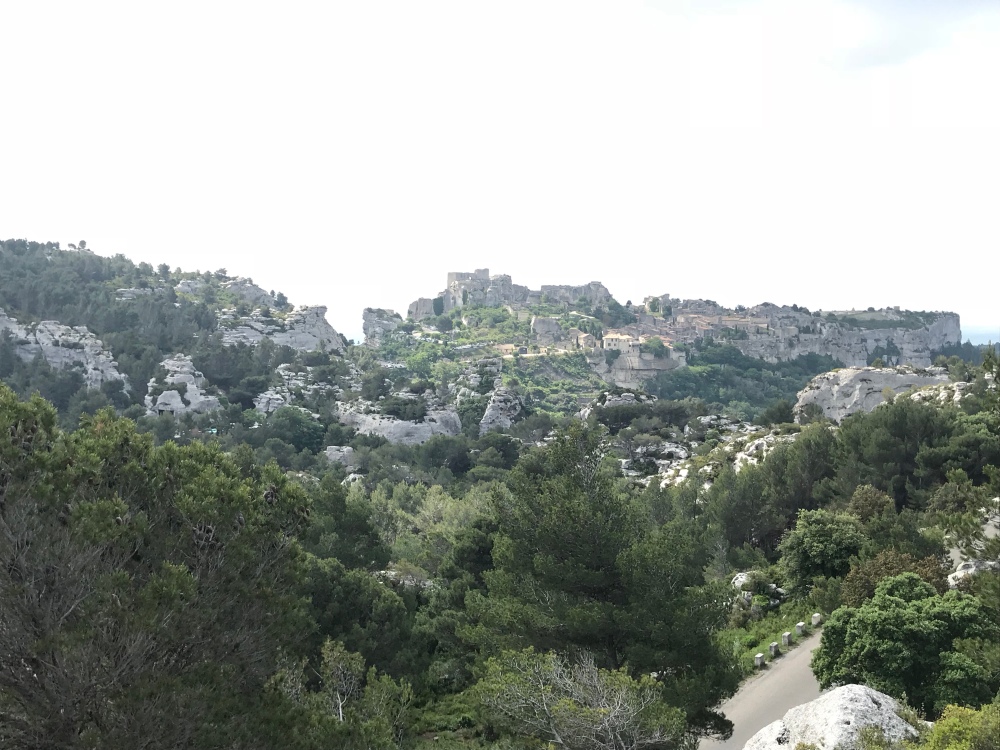 Carved out of solid rock this immense cavern – broken into two or three parts – is the backdrop for moving images played over its surfaces to the rousing music that accompanies it. We were entranced! 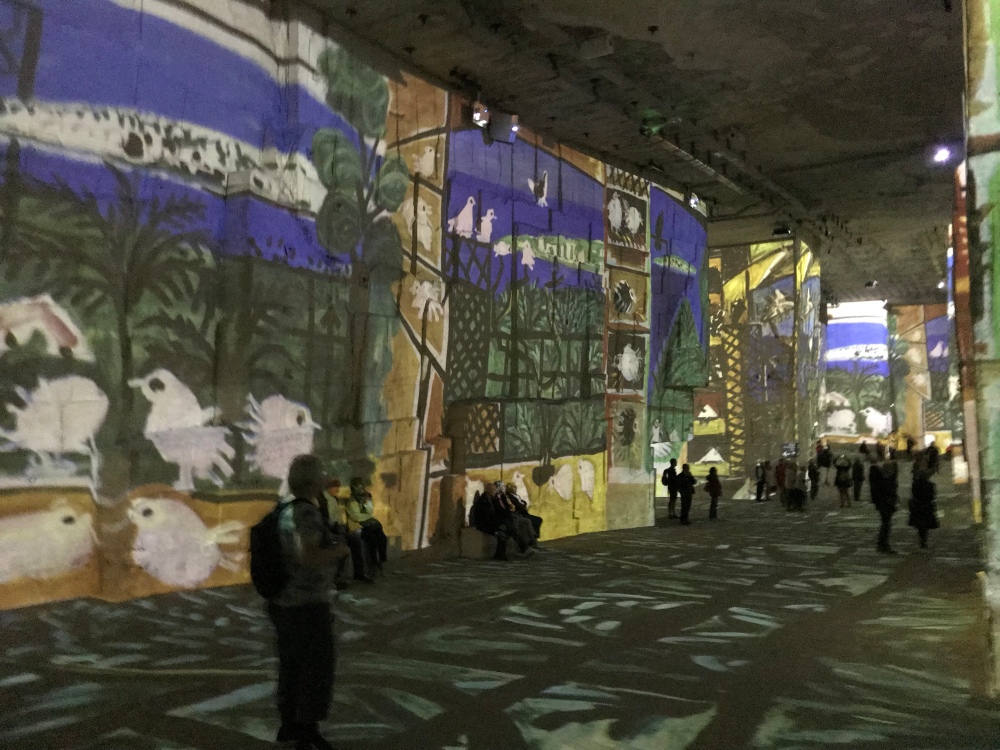 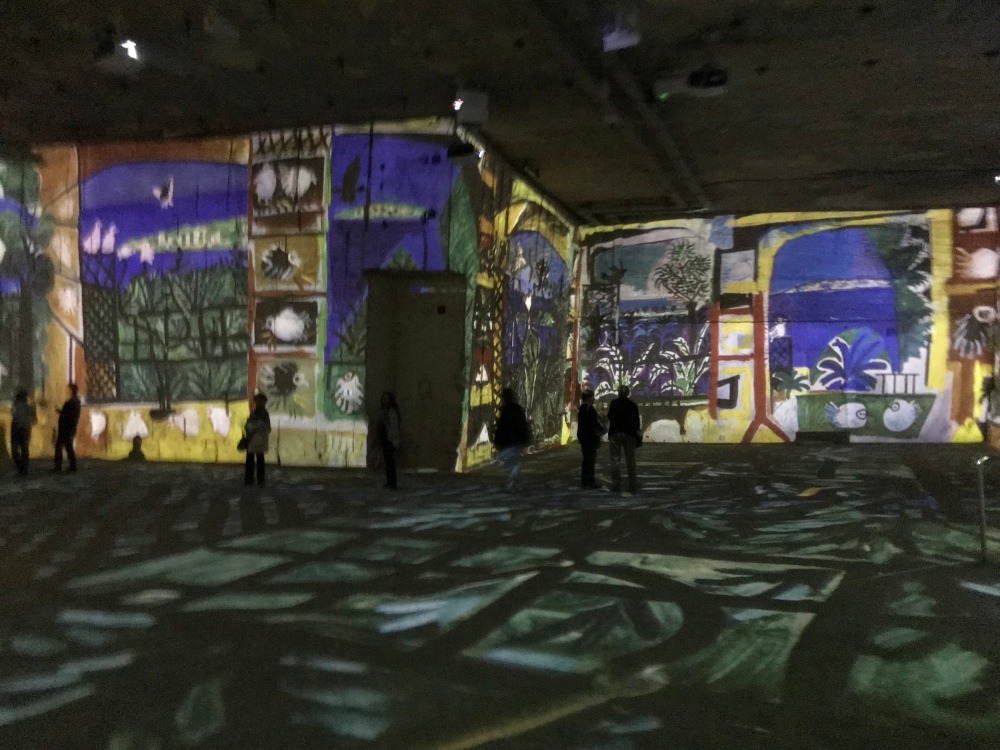 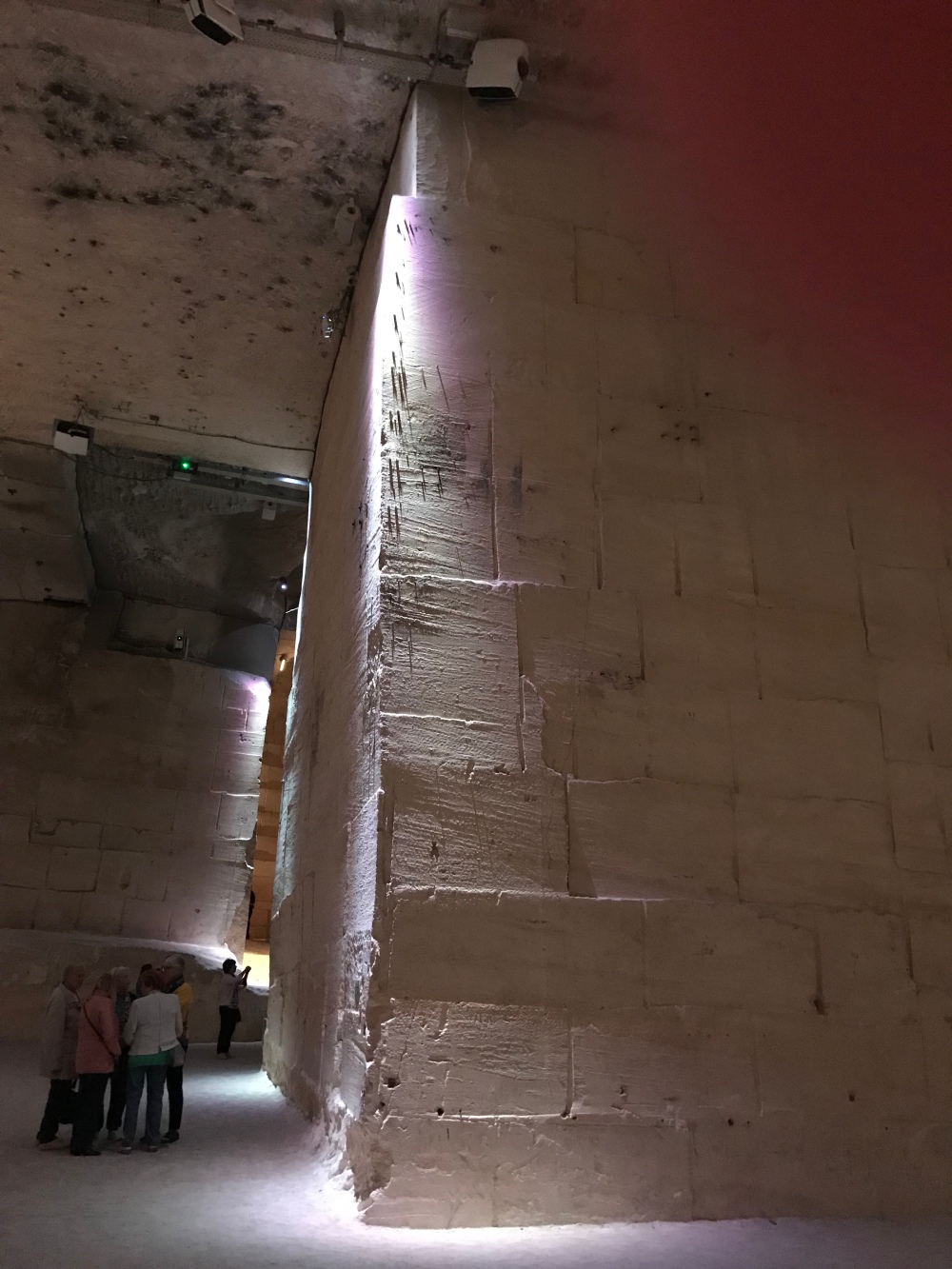 The pics were from Picasso’s rich range and – to my delight – Sgt Pepper/Monty Pythonesque as well. After viewing the full show for what felt like 45 mins we found a source of light leading to a cafe and sat in muted tones sipping coffee.

Outside the car nosed further up the hill until it squeezed into a tiny car space on the road. It was a 5 minute walk up the footpath into the ancient town at the top. 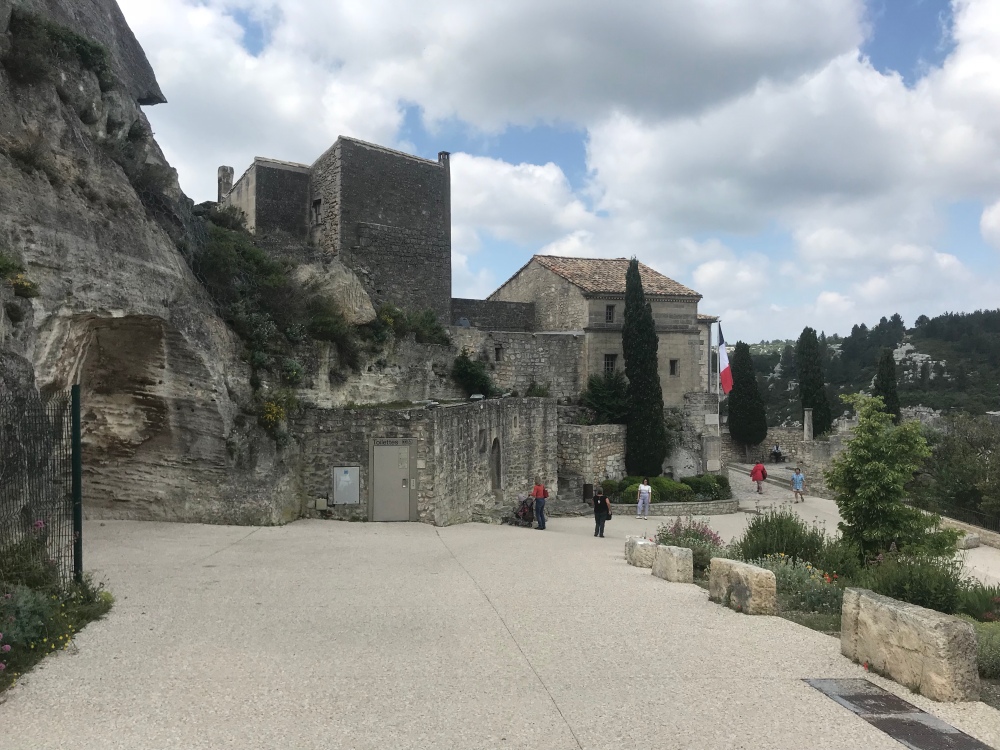 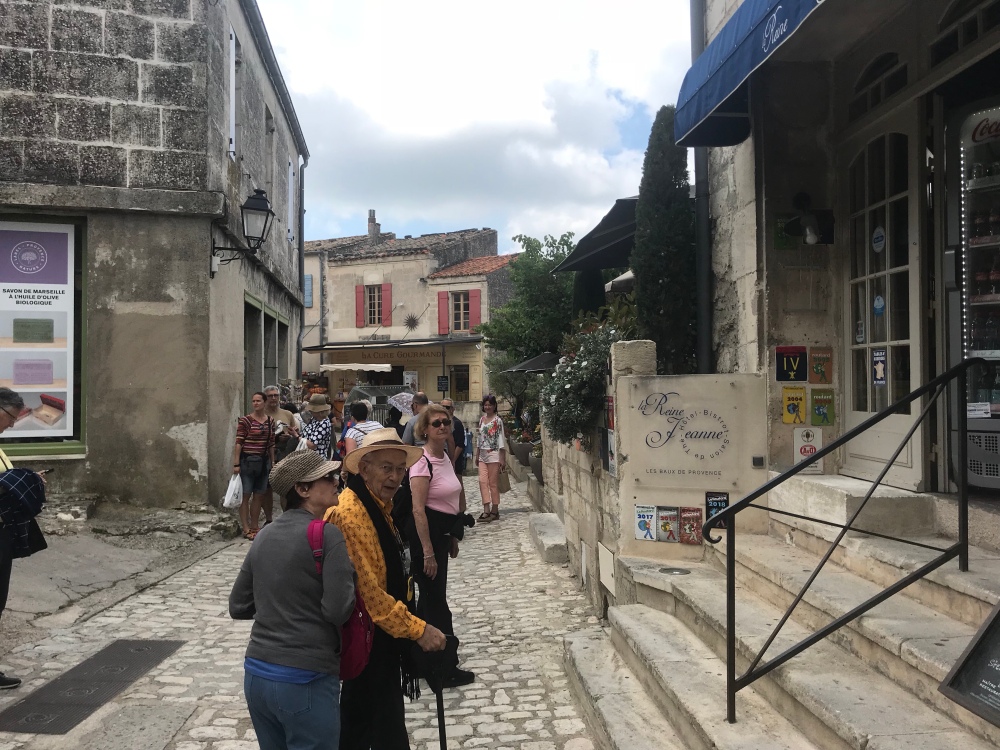 We spent a ridiculous amount on some nougat at a street vendor and had a delightful lunch overlooking the valley below. 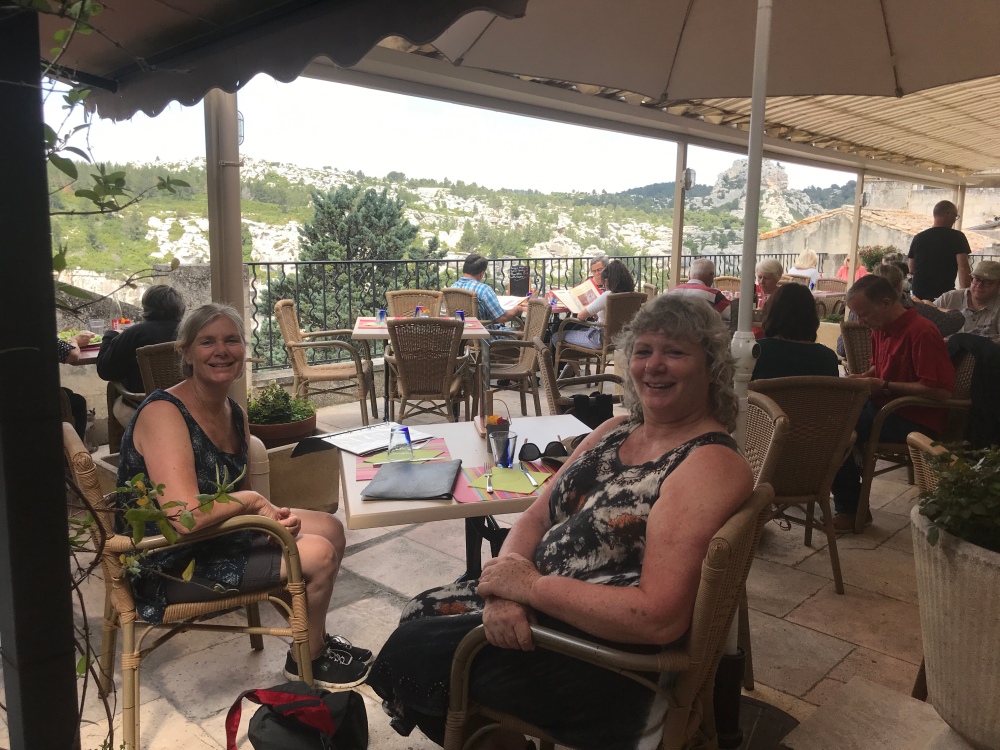 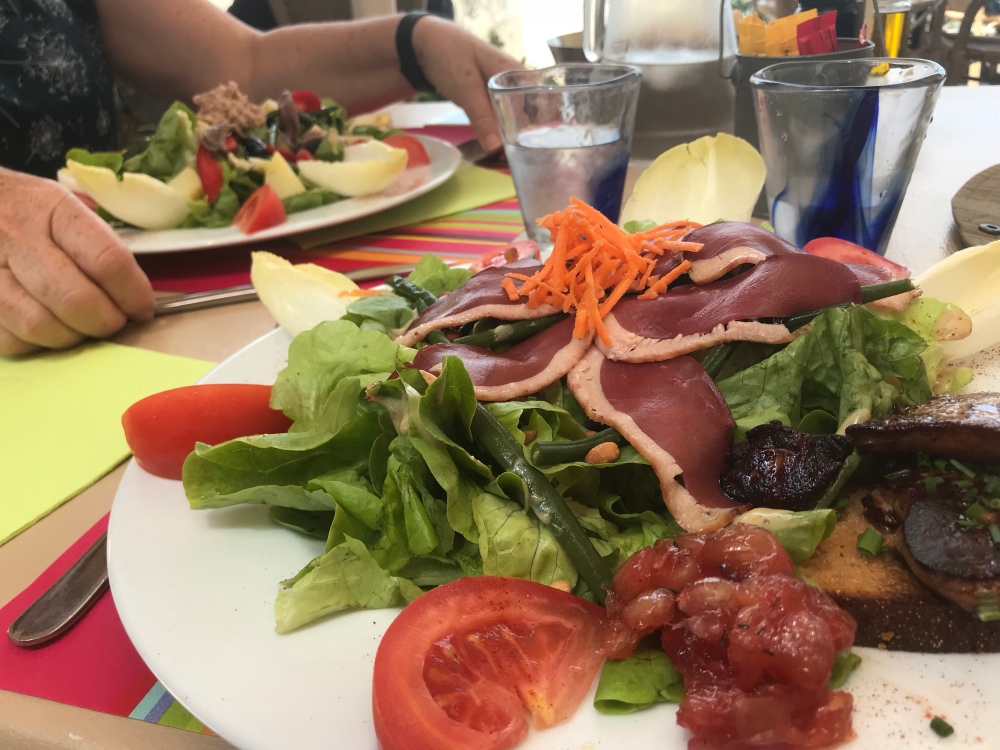 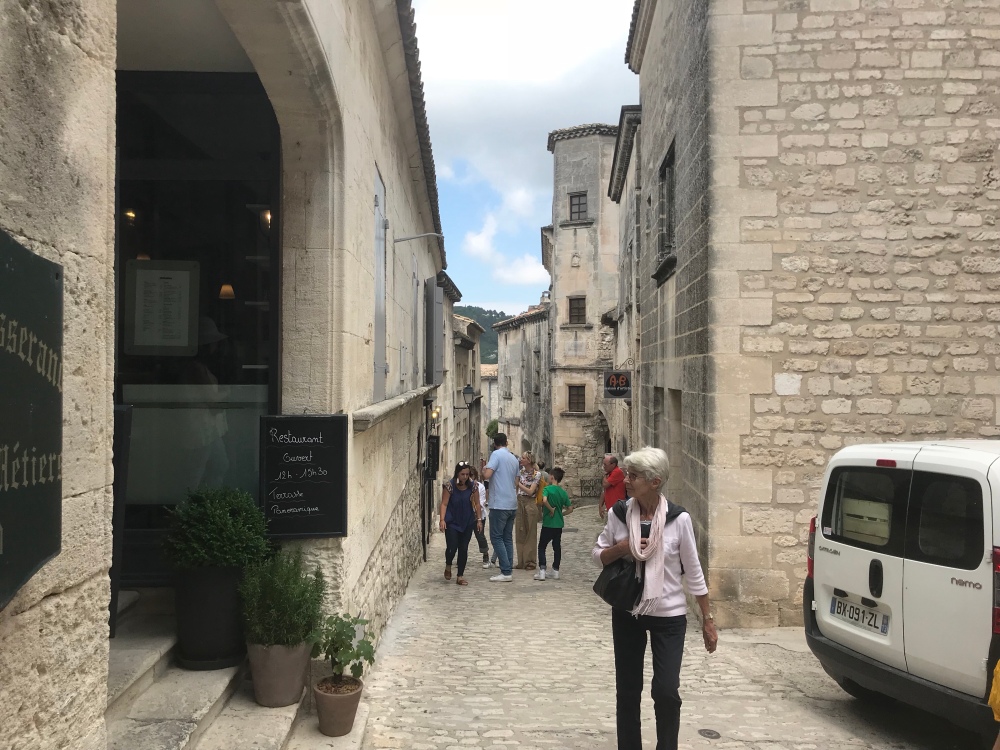 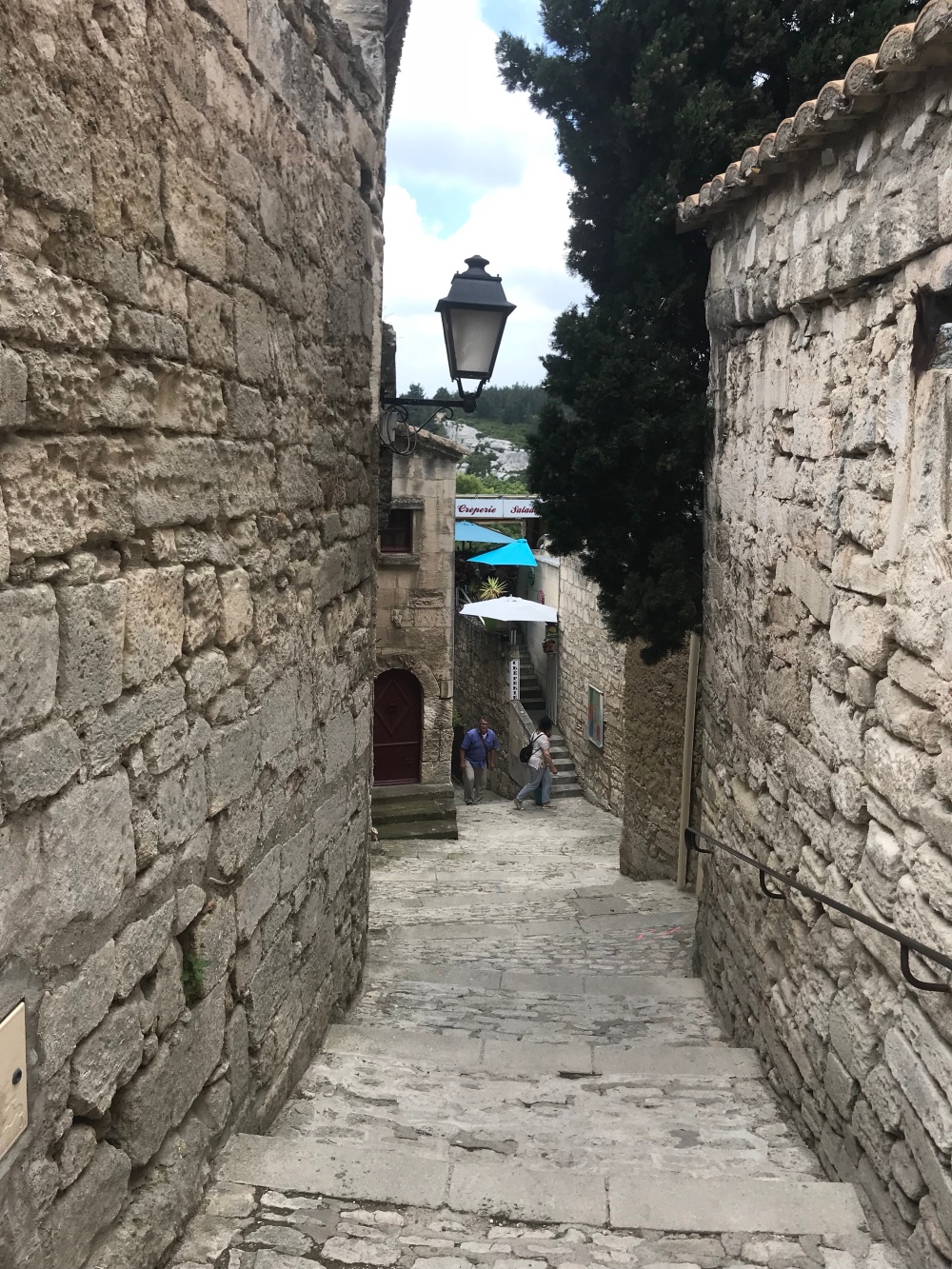 A wander up further revealed some sweeping views. 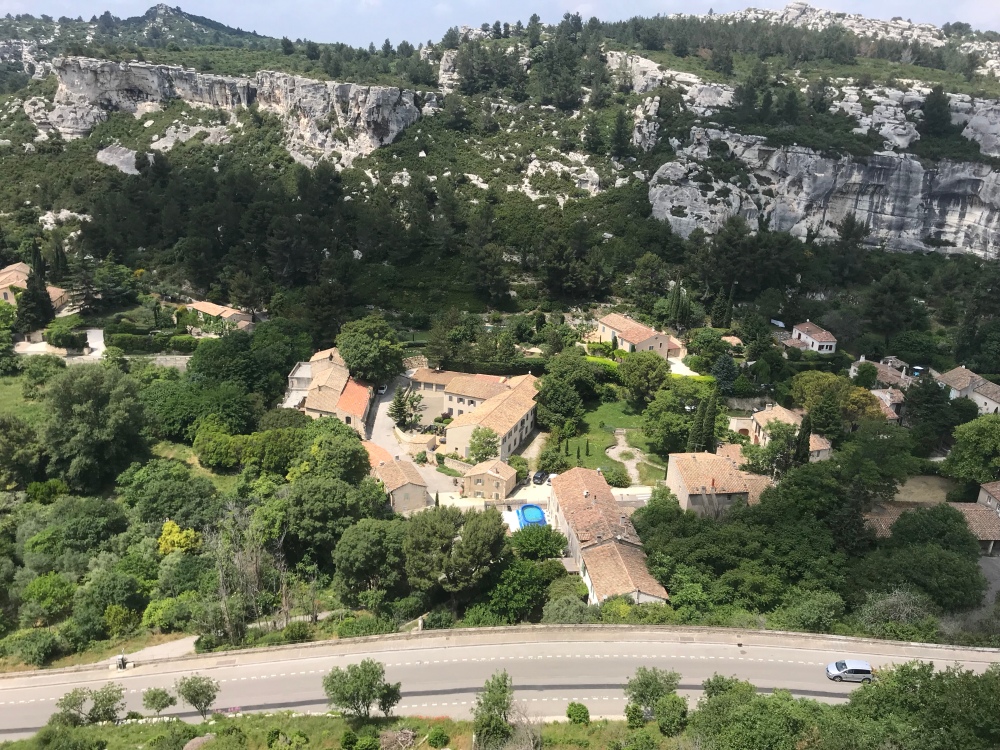 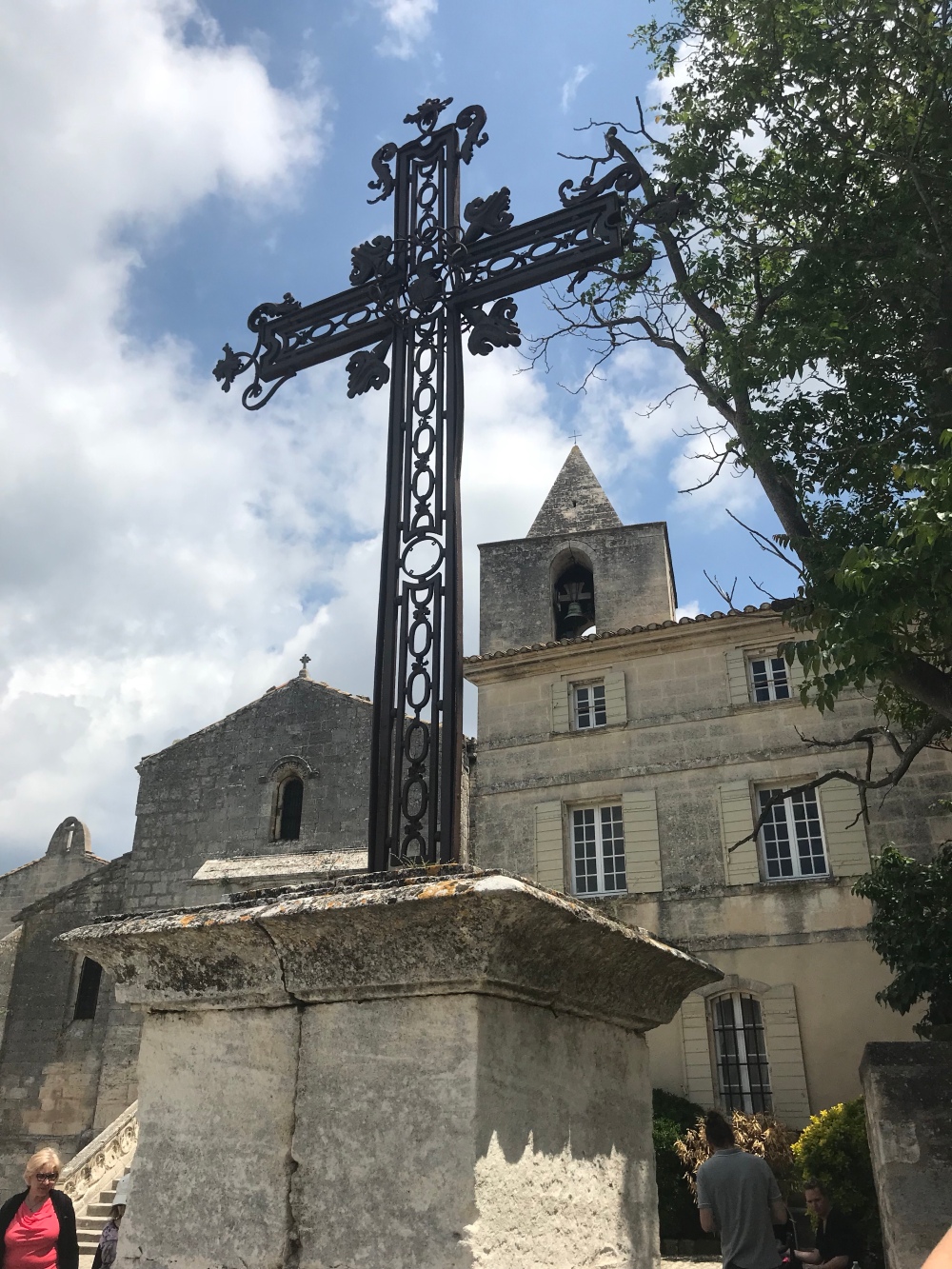 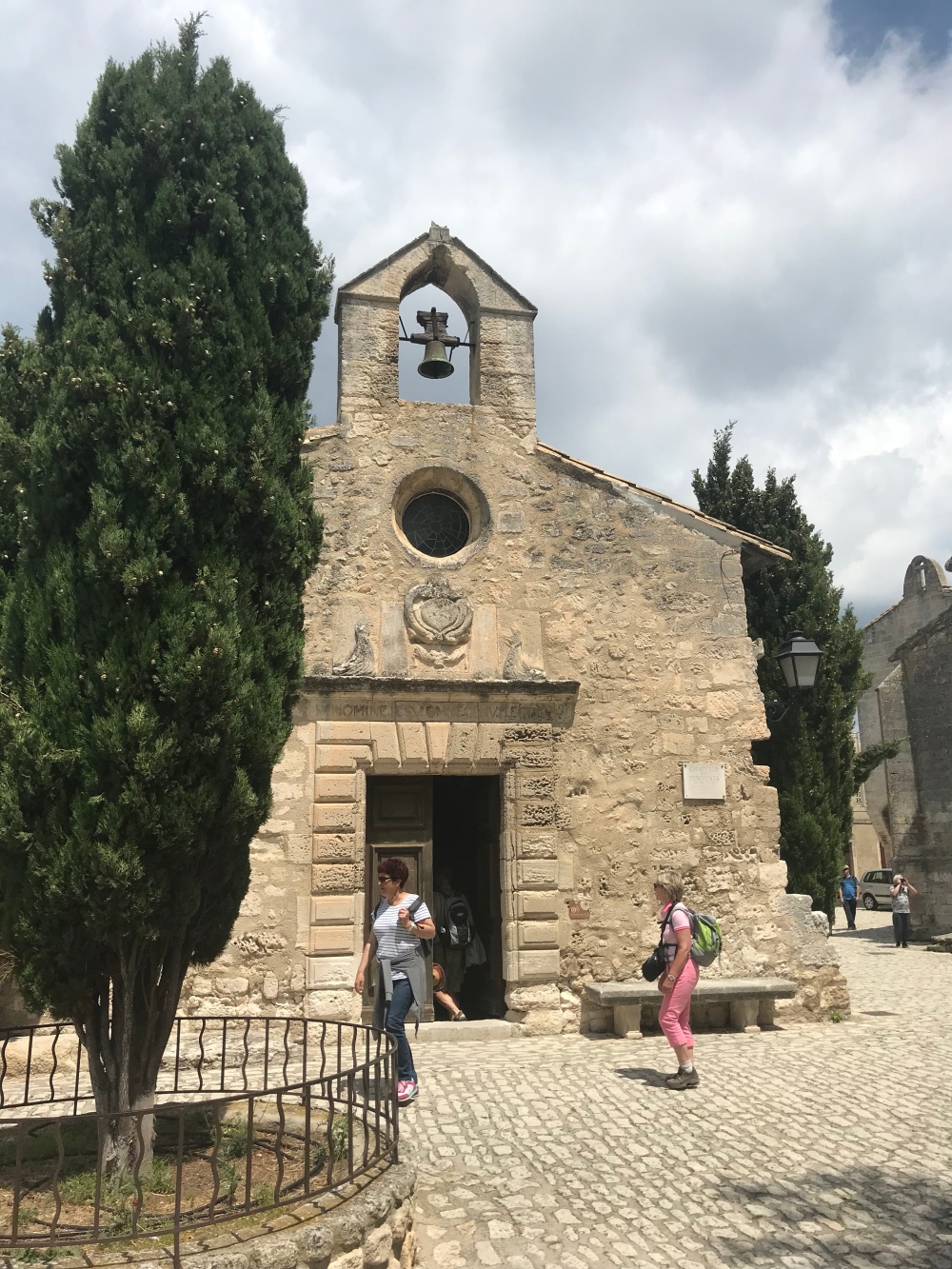 And then it was a rumble down the twisting streets and cobbles to the car again. Back at the hotel we plunged into the pool – astounding (again) the French folk sunning themselves beside it. 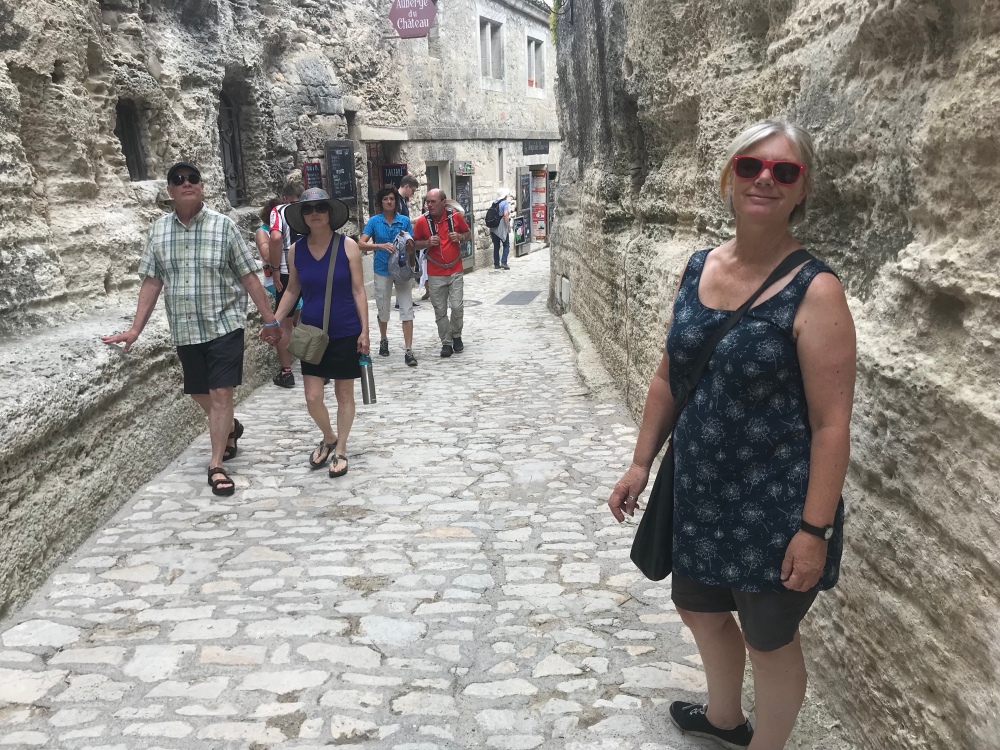