We woke to an utterly splendid summer’s day in Southern England – even the back of the hotel had winsome views. 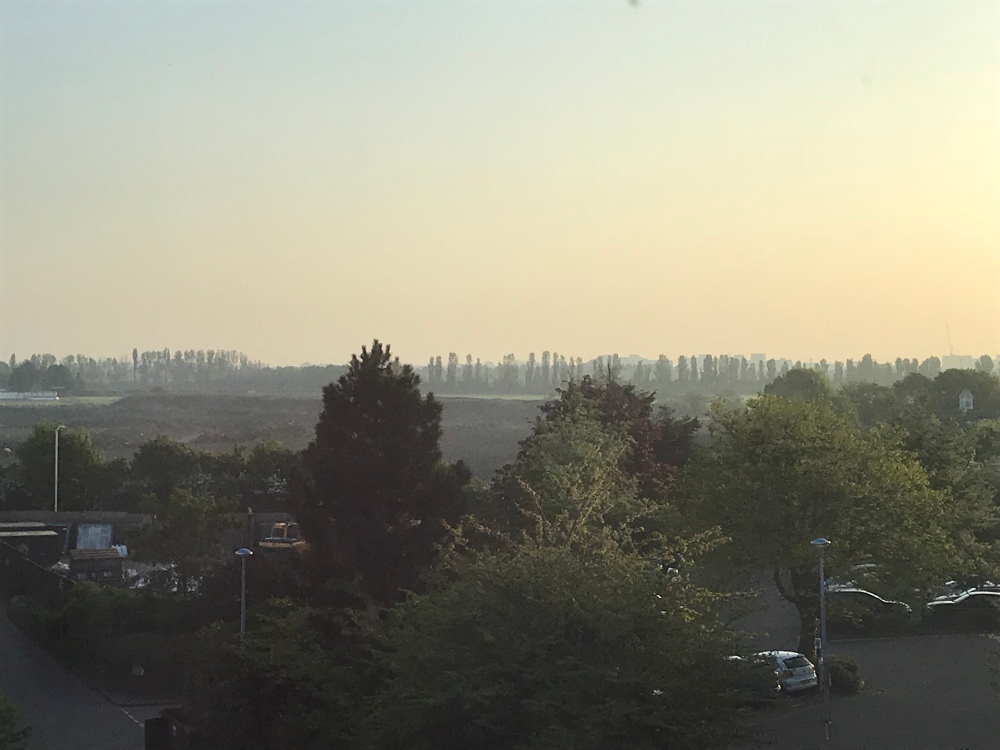 Went for a couple of convoluted bus trips to get the rental car: a Citroen – small/black. Once behind the wheel we progressed via the M3 southwest to Shaftesbury and THIS delightful and breathtaking view from the cafe at the top of Gold Hill. 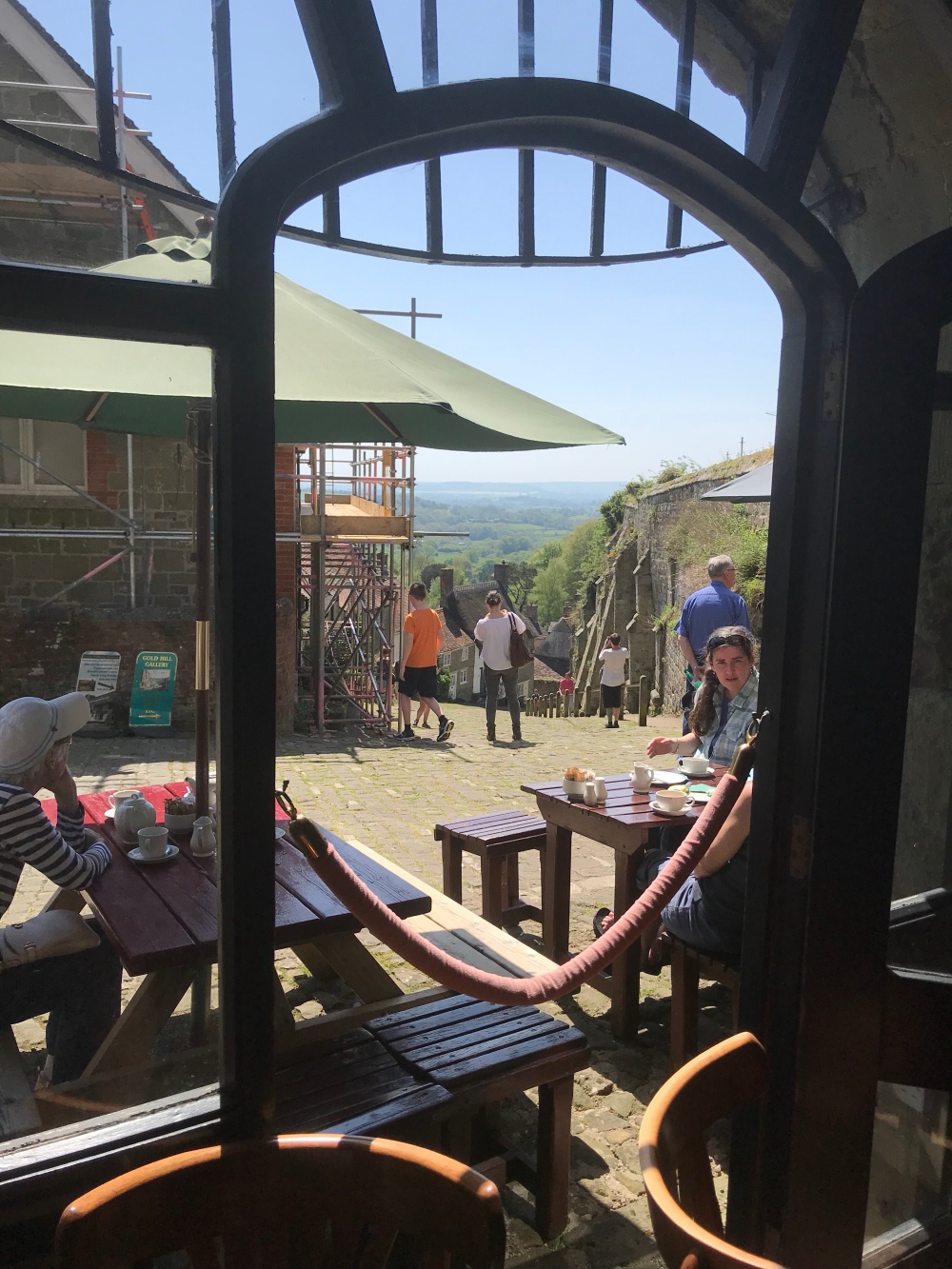 And the Dorset Applecake with clotted cream eaten inside was all it was cracked up to be:

Our wander around nearby revealed King Alfred as the founder of Shaftesbury and some rather nice pieces of art and craft celebrating the locale. 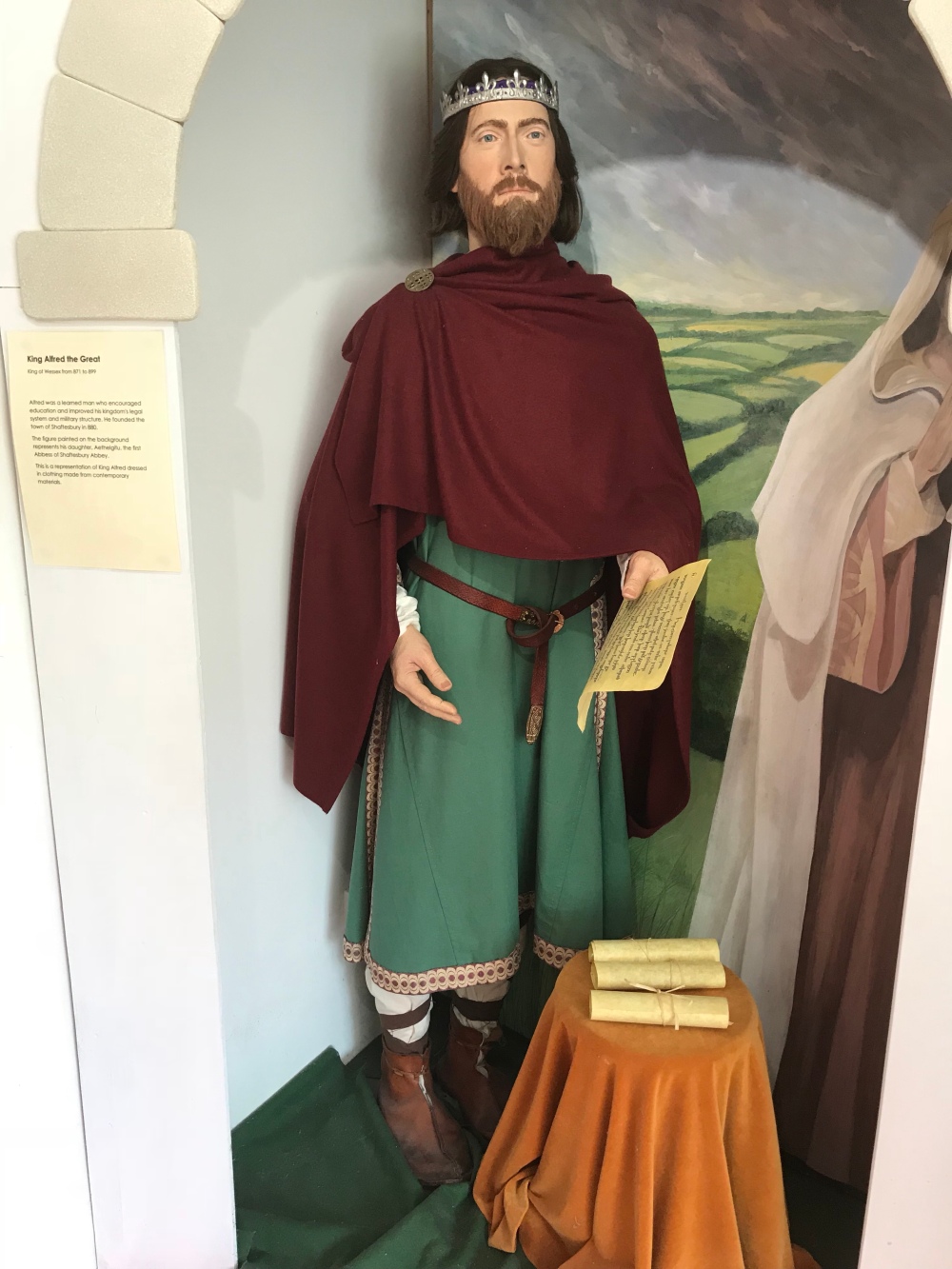 And then it was on to the Cerne Abbas Giant – the naked man carved into the hill – just a bit further south. 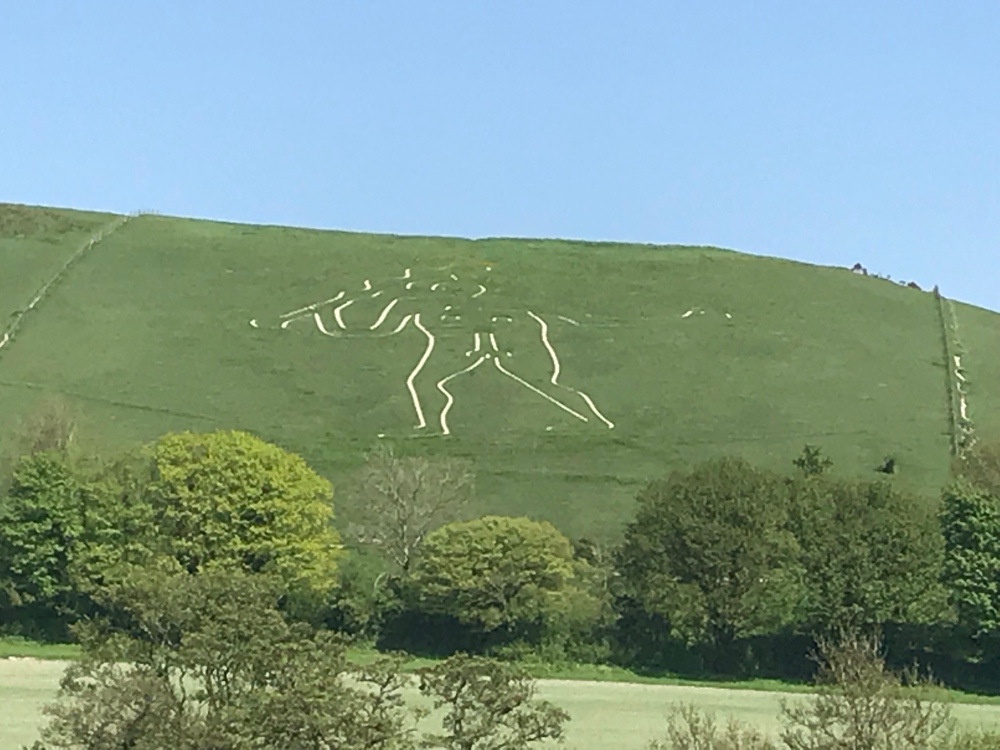 We then drove due east, looking all the while for a restroom. In this we were unsuccessful but taunted cruelly by names such as Piddlehinton, Piddledowns, The Piddle Inn, Puddlehauntan, little Puddlington (I made up the last two) – but you get the gist. Finally Helen and I found ourselves in the heart of Bournemouth and among friends. It has been nothing but conviviality since then. 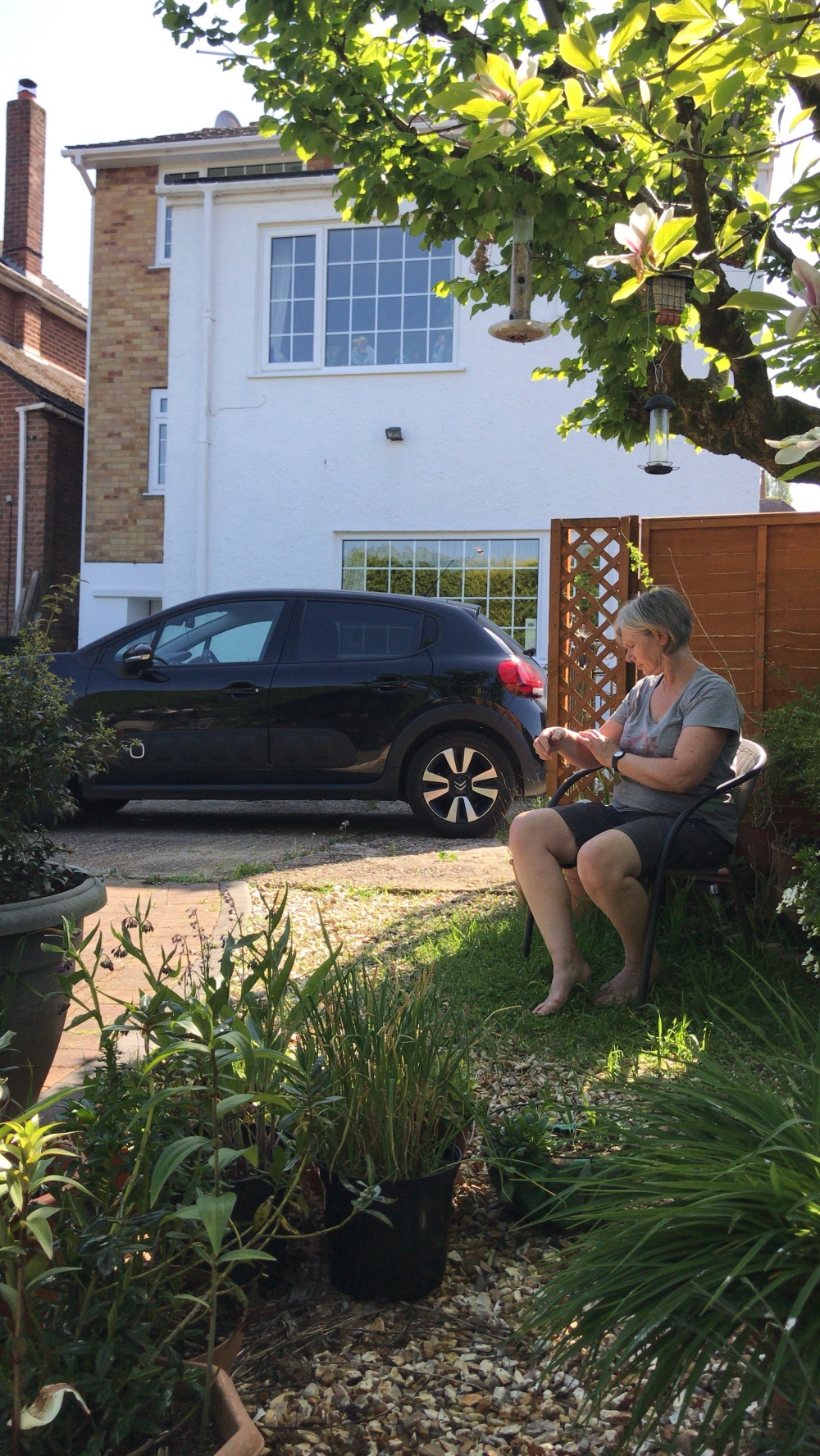 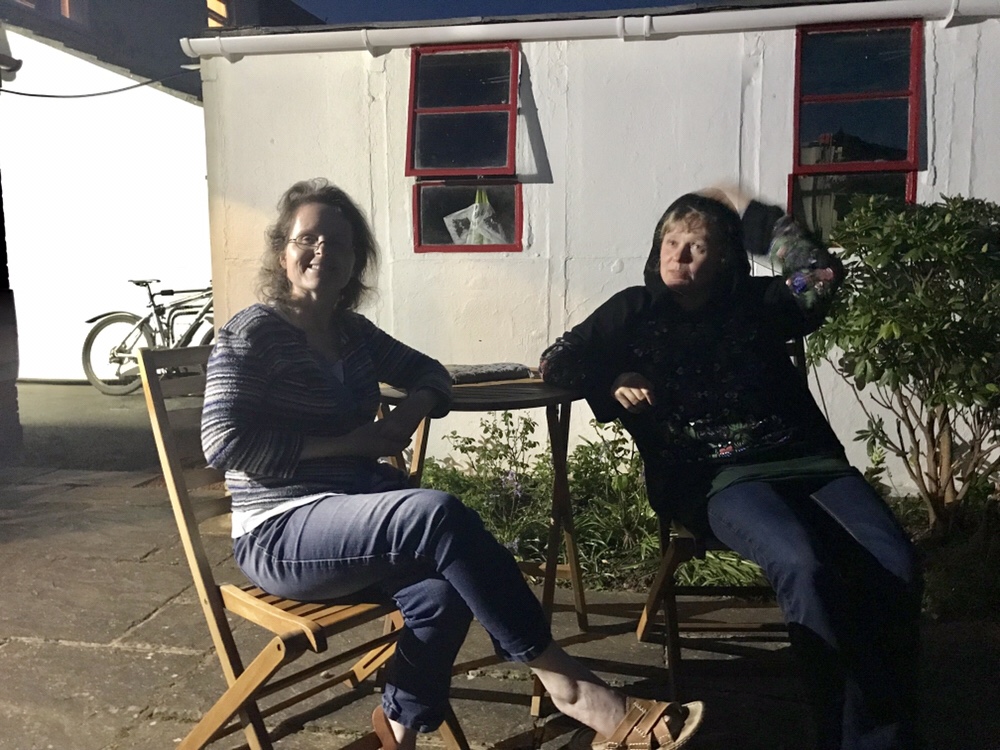