I spent the last weekend with good friends at their home in Thames. This sleepy little town was once bigger than Auckland, with a huge influx of people swarming in during the late 1800s to find gold ‘in them thar hills’. It once boasted hundreds of hotels to support that sudden population, and now most have gone but for a few, in that old wooden style with verandah and porch. Many Aucklanders have moved across to Thames in recent years, because of the exorbitant housing prices in the biggest city. My friends have taken a lovely old bungalow and transformed it into something special – it helps that Rob is an architect by trade. And Robin has a definite gift for spaces and style. 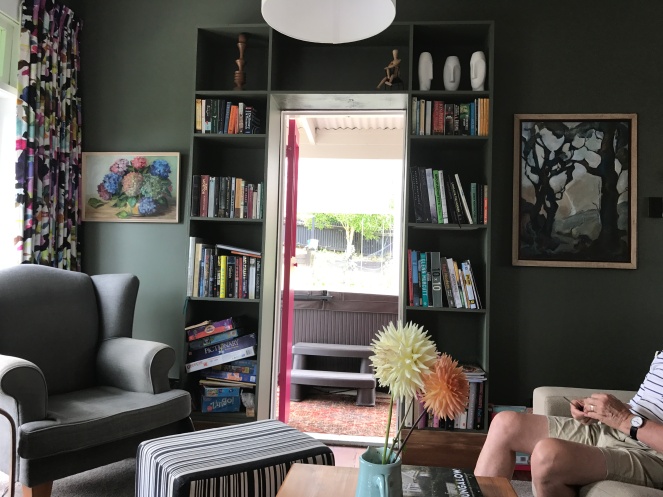 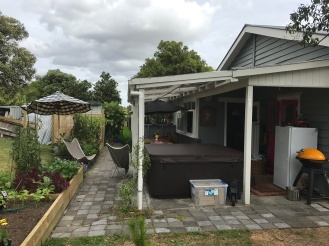 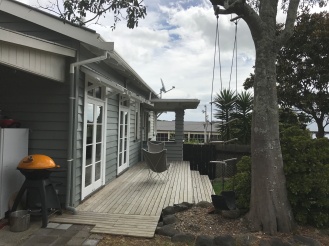 We had a wonderful time catching up, sitting in many of the numerous areas just enjoying the ambience and each other’s company. The newest addition – the sliding window to the outside – proved more than its worth in terms of allowing the flow of conversation to drift between kitchen and outside. And then we had a delicious meal with some of the produce from the garden in a ratatouille, with noodles and chunky tender lamb chops. I was spoilt. 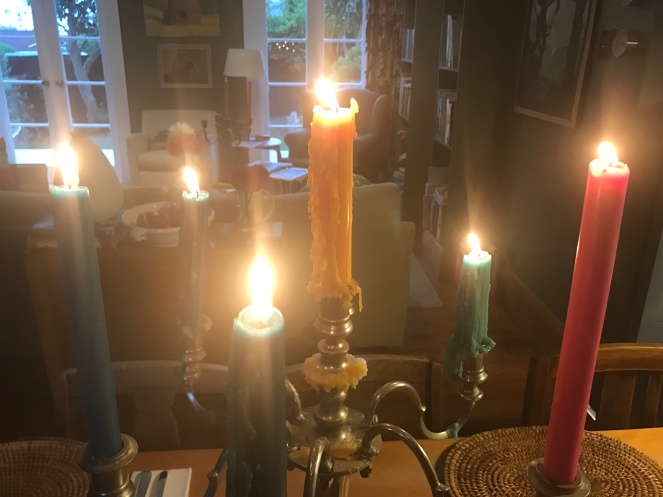 It was a lazy start the next morning, after a storm had buffeted the area, cutting power to many places in Auckland. I decided to drive up the coastline to a beach that Dad had taken us to when we were all able to cram into the back of the old Holden. He had many hobbies, and one of them was to grind and polish semi-precious stones, and then put them into perspex in a table, or make jewellery from them. It was a favourite pastime for us to come here, and wander up and down the beach, bent double, looking for agates. To my joy, I found some, despite the beach being almost submerged under waves from the recent high winds. I also found two baby hammerhead sharks, swept from their mother in the high seas, sniff. 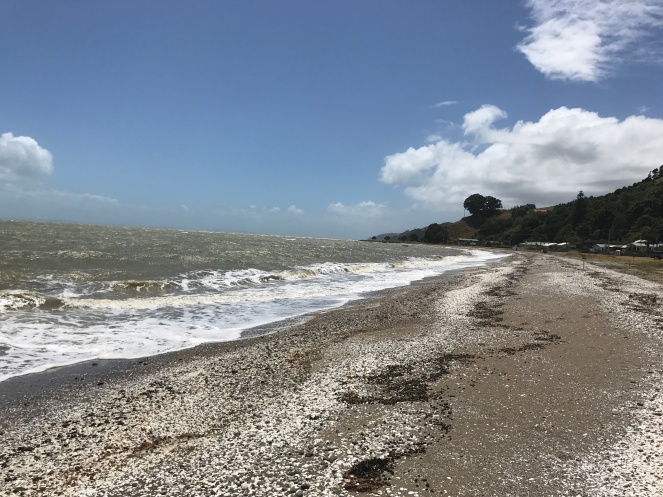 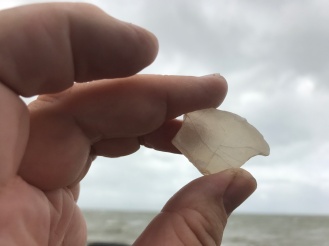 Now I’m back in Auckland, and facing the grind of working behind a desk in the city. Ah, but those memories are still fresh. . .