So I’ve arrived in the midwest. It’s flatter than the flattest flat thing. First thing this morning I looked out to see the mist on the mountains and saw this. 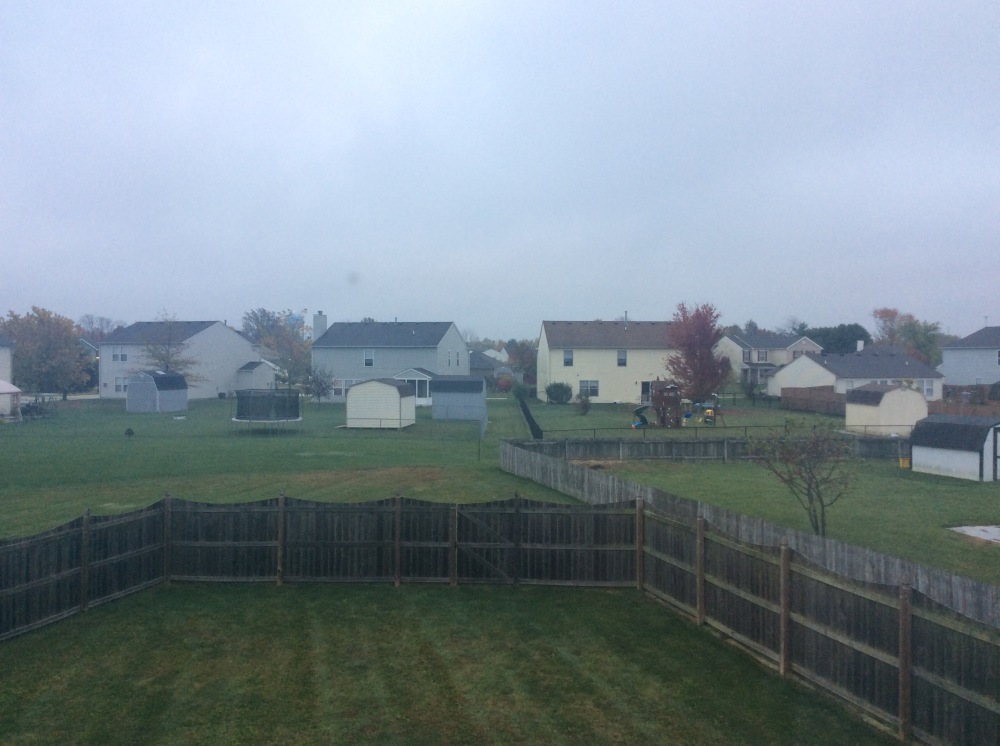 I have been told it’s a long way before the land rises or falls. So anyway, after a leisurely breakfast and cuddle with the old dachshund, Merys . . . 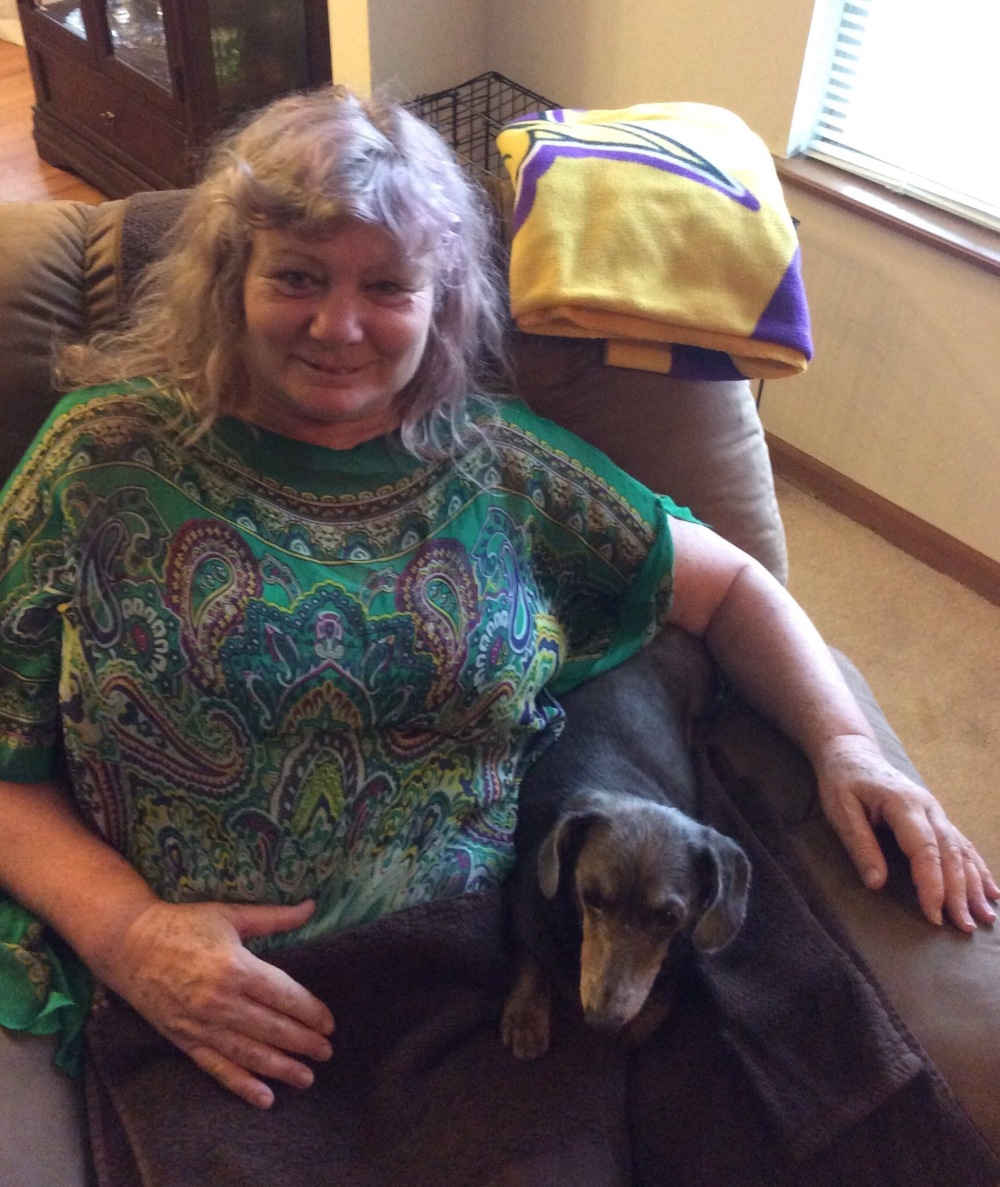 We set off to see the old part of Greenfield, the part of Indy where I’m staying. I’m here to celebrate a friend’s 75th birthday and all manner of extended family and friends are making their way here over the course of the next few days. Our trip from Indianapolis airport was grim, yesterday. I was rather foolishly hoping for glowing vistas of Fall color as the late Autumn in the upper parts of the country is meant to be stunning. Alas, it was not to be. My friend Marcie rented a car that must be the smallest in the range. Talk about going from the sublime to the ridiculous. The car I rented in Jacksonville – supposedly midsize – was a monster SUV. When the dealer guy looked over Marcie’s shoulder and saw me, he questioned her choice, “Surely your friend would be more comfortable in something . . . taller?” “Oh, she’ll be fine!” Marcie said airily. So three of us squeezed into a tiny blue Yaris and set off through rush hour traffic. With my nose pressed up against the windscreen (not out of enthusiasm, merely necessity), all I saw as we inched forward for interminable amounts of time were semi trailers and lanes of slow traffic, bracketed on either side by grey industrial areas. I KNOW I have not seen the best Indy has to offer as yet. I was much heartened when we took a trip into the old town of Springfield today and found some rather charming sights. 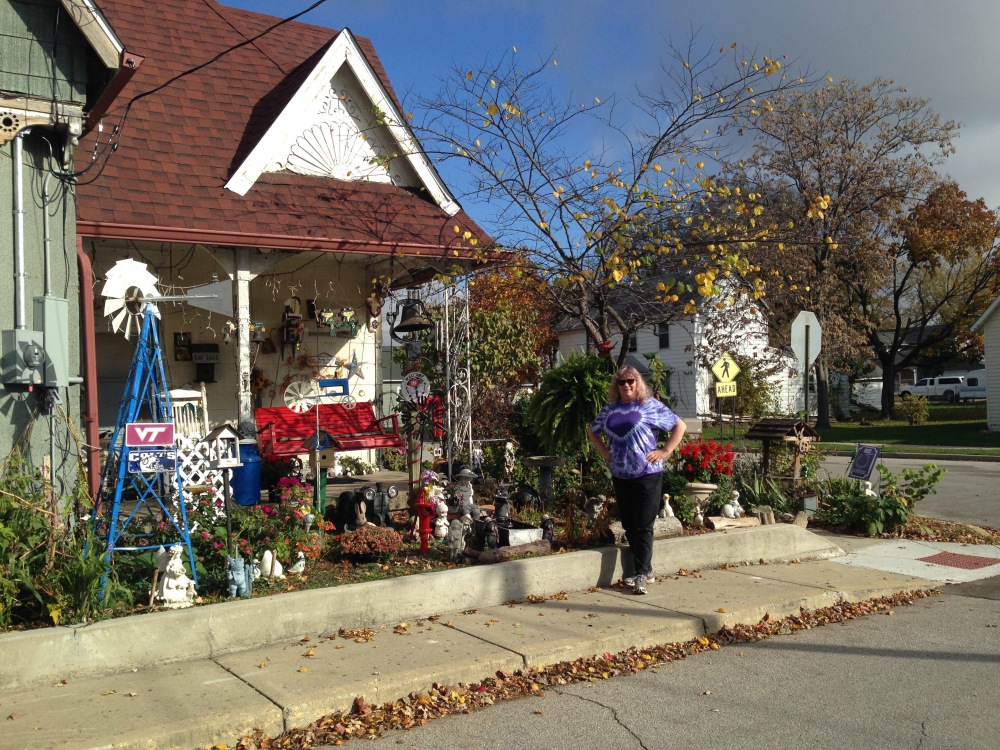 I couldn’t find a cafe but I did find a pancake parlor that served a very passable caramel macchiato. Oh, and I found a bison.

Oh, and in case you think I only ever have pics taken of me – it’s not true. (My friend has equal numbers taken of her but is much too shy to allow them on here.) I’m with a very fun assortment of family here, who have taken me into their midst as if I belong. Downstairs a game of cards is in progress, and clusters of folks are sitting around yakking and nibbling at endless amounts of food. The waves of laughter and conversation ebb and flow up the stairs and into the bedroom where I am writing this blog. Marcie has just popped up to report that her Mom just asked, “Is Jenny having another break?” “Yeah, she is.” See, they know me well. I can hear the voice of the Uncle who, when dropped off at the Super8 motel last night called loudly over his shoulder to his nieces (in front of a couple guys outside the doors) “Did I pay you two gals enough?” (He forestalled their own intended shout of “Goodbye Honey!”) They were still laughing when they got home. The dachshund is still growling softly at the various men in the party. And this is just the pre-party night. I’m so glad I’m here, but I’m pacing myself.

I’d better go on down again and show my face. It wouldn’t do to show that kiwi lasses don’t have staying power.