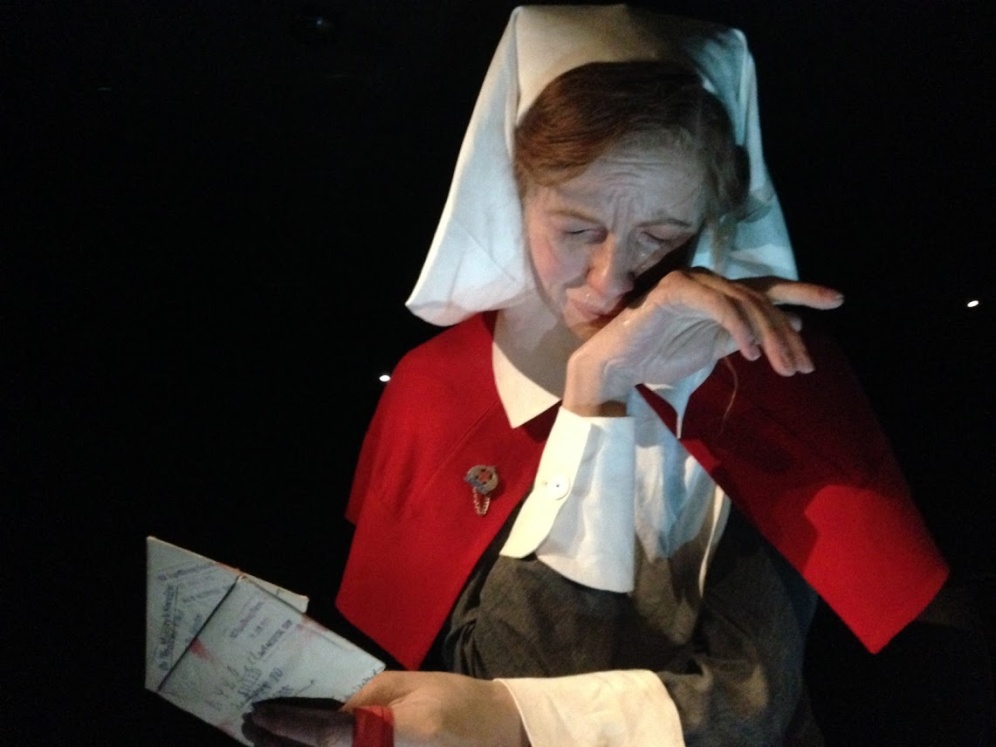 This is going to be a LONG post. I’ve just returned yesterday from an amazingly successful Kiwi Outlander Gathering to Wellington, and still buzzing about it. Top photo shows Rhonnie Brinsdon, Beverley Hamilton and I on Friday, having flown in on the same plane from Auckland as about 6 other fans making their way south to the Gathering. We three spent the afternoon before the Meet and Greet going to Te Papa, the National Museum, and seeing the excellent display called Gallipoli, put together by Peter Jackson and Weta Workshop, to commemorate the Anzacs who fought and/or died at Gallipoli. It was amazing to walk into a room and find a double life-size model complete with pores in their skin, abrasions, and hairs on their arms, and their audio of their own story speaking quietly around the room.

When we soberly left the exhibition and returned to our humble little motel, it was to discover that the neighbouring rooms upstairs and downstairs were buzzing with other Outlander fans. After a ‘nanny nap’ and a cup of tea, we began to dress for the Meet and Greet. 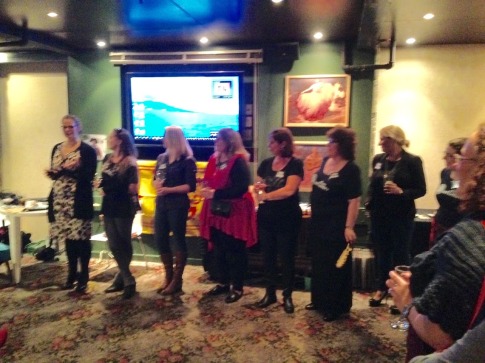 We arrived in good time and walked through a public restaurant and bar to the room set aside for festivities this Friday night. The two admins – Bex Moffat and Ana Fierek – were quick to welcome us all and introduce us to the line of other helpers who had worked tirelessly to make this weekend the success it was.

It was then QUIZ NIGHT! Trish Sixtus had put together a comprehensive quiz from all the episodes of Outlander that have currently screened, and Pippa Beams read out the questions and hosted. We were split into groups, and I was with a raucous team Murtagh who started well, but slid as the night progressed. I wonder why? 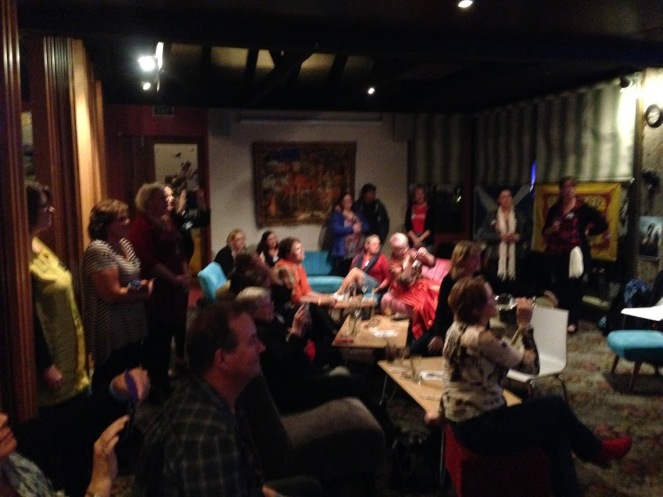 After an entertaining evening, we made our ways back to our various rooms, and prepared for a full day on the morrow. 7.30 am saw Beverley, Rhonnie and I stumbling down the road to the nearest cafe for breakfast, to find a table there already with fans at it. 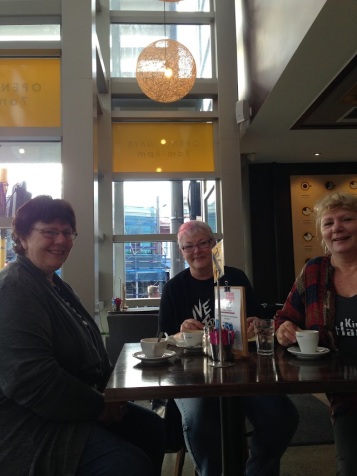 We had our brekky, and then drove up the hill and to the Celtic Hall, complete with mural of bagpipers on the walls, and registered at the desk. Hugely exciting goody bags were handed out, and the chairs arranged for the morning’s presentations. 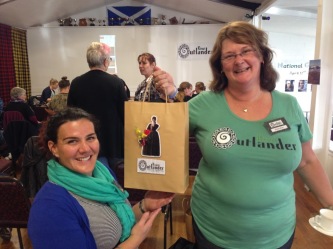 The first presenter was Rebecca Lenihan, a historian of 19th and 20th century Scotland and New Zealand. She spoke very ably and comprehensively on ‘The History that led up to Culloden, the Jacobites and the aftermath’. What followed that presentation was a delicious morning tea of warm scones, cream and jam. And then the next presenter who was Donna Lee, of Cottage Hill Herbs. I loved the revelations from her as well, and we discovered there’s more to be expected in the common household variety weed. I want to go to one of her weekend teaching sessions. We all passed the weeds around and sampled the salve, learning how to make one as well. 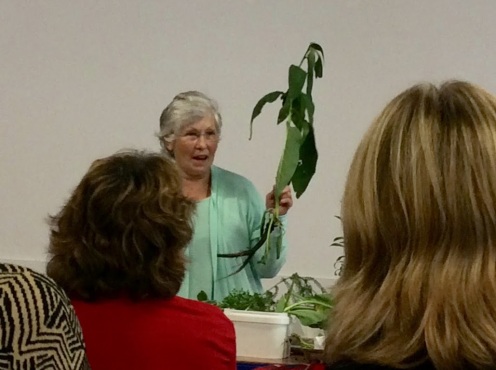 Time to drive down to lunch at the Empire Theatre in Newtown, which was a delightful cafe and cinema complex. We chatted and ate mini burgers and nibbles, before progressing up to see a secret show. 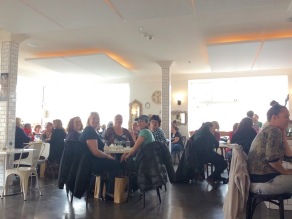 The show turned out to be our own special video put together by Àdhamh Ó Broin who told us about the origins of Gaelic and gave us some idea of the spelling of it compared to English. He answered questions that had been sent to him earlier. If I had known how easy it was to grasp the basic concept s of Gaelic, I might have done better when I attempted it years ago. 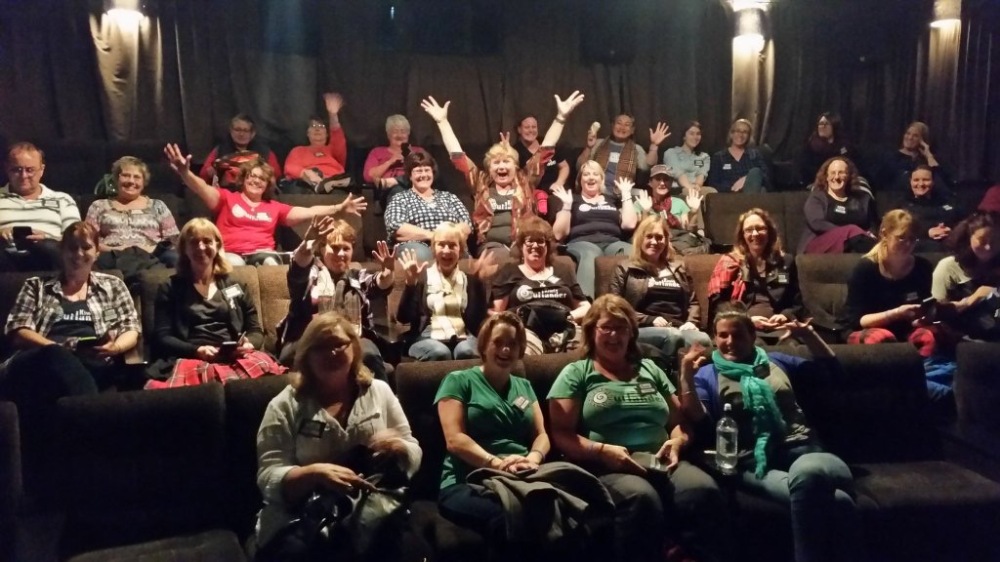 After the show, we had a wee bit of time off, before needing to get dressed up for the whisky tasting and dinner. Naturally, because the gals and I were intending to go ‘all out’ we didn’t really have time for the nanny nap, and after a cuppa, pretty much started into pulling on the corsets. I balanced a precarious fake wig on the top of my head that gradually descended throughout the night. Upon arrival at the hall, photos were taken: 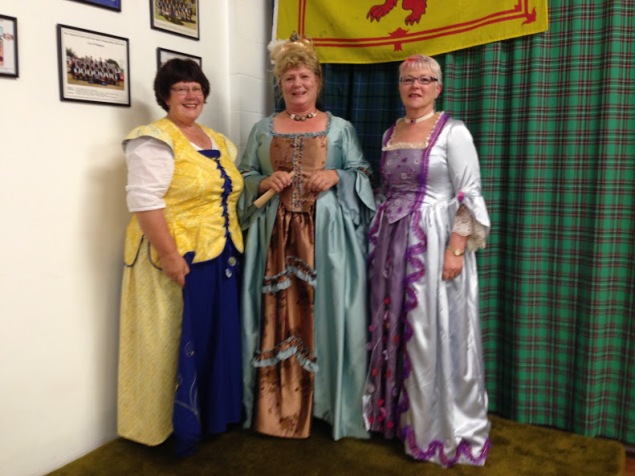 Then the hilariously poetic whisky expert – who came from Whisky Galore – entertained us royally with all the whimsical details surrounding a good dram of whisky – the water of life. It was as good as a show, and we sipped carefully, nosed splendidly, tippled tentatively, and called out as many unlikely adjectives as I’ve ever heard, to describe what we were sensing. 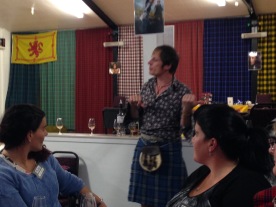 After this comprehensive experience, we were all a little light-headed, and with great joy saw the dinner being laid out on tables up in the dance floor. Time for the group photo: 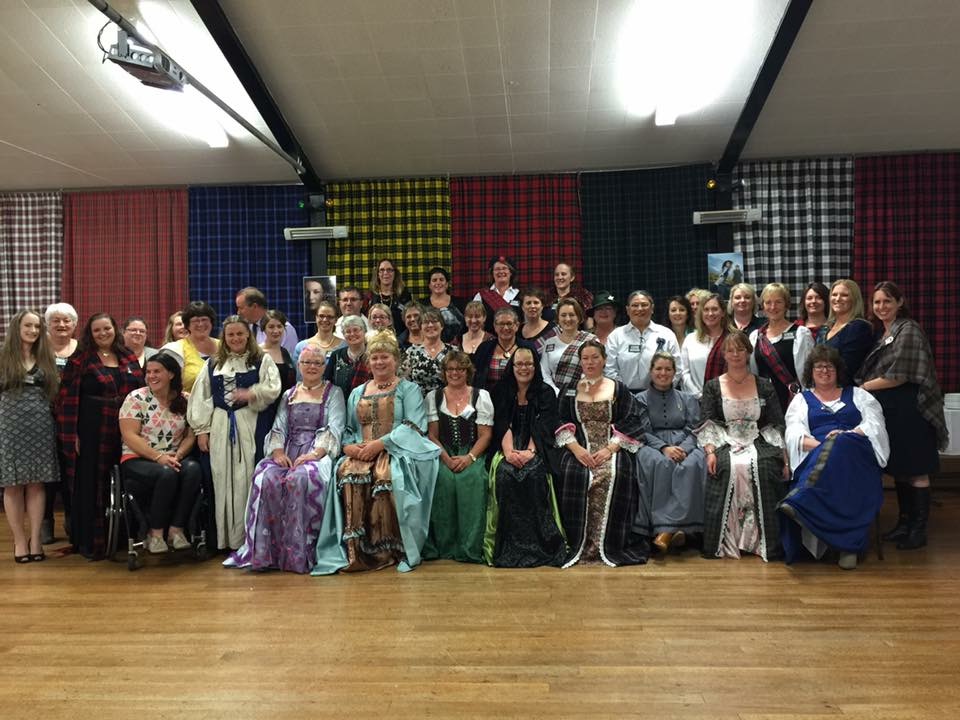 Dinner was delicious: a buffet extravaganza we took back to our tables and devoured slowly, enjoying the sounds and sights of a group of five kilt-clad men setting up chairs and tuning their instruments on the dance floor. I sidled sideways through them to the restrooms, trying not to sweep a couple of them up into my panniers as I passed. There were raffles, prizes, laughter, clinking of cutlery, guffaws, and the noise level only grew as the evening progressed.

There was dancing then. It was glorious. Sadly, I was either up there doing it, or in a prone position on my table, and did not get a video of it myself. Trust me when I say, the fewer photos in evidence, the more fun was being had.

Rhonnie, Beverley and I made our stately way home as supper was being served – yes, SUPPER! Sadly we missed the moment a lone piper came out and played ‘Speed Bonnie Boat’. But he did.

The next morning we had to rush up the hill to the hall and catch a bus for a mystery tour that would take 1.5 hours to reach over treacherous hills and valleys with low cloud. Just like the Highlands. 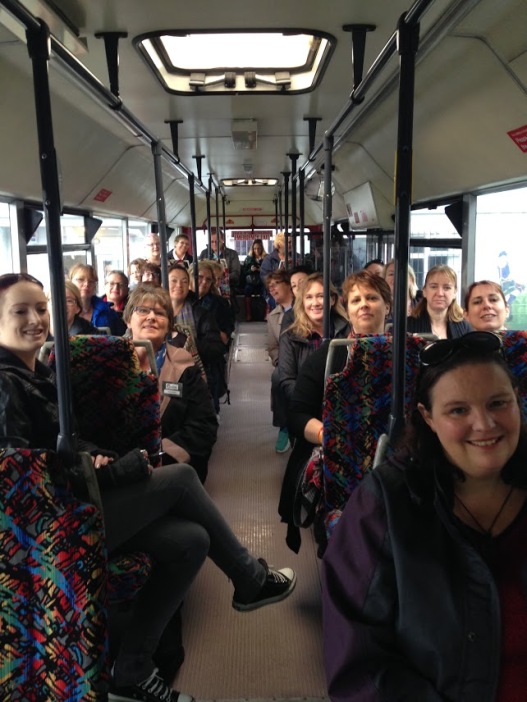 And guess where we ended up? YES! STONEHENGE! Well, Aotearoa Stonehenge anyway. This was another spot I didn’t know about, and was put together about ten years ago by scientists and astronomers on the lands belonging to the couple presently running it. We had morning tea and a presentation by them about the history behind standing stones, and the science behind the telling of time and seasons by sun, stars and moon. It was so fascinating and left me wanting more, but time would not permit. We DID have time to play among the stones though – and we did. 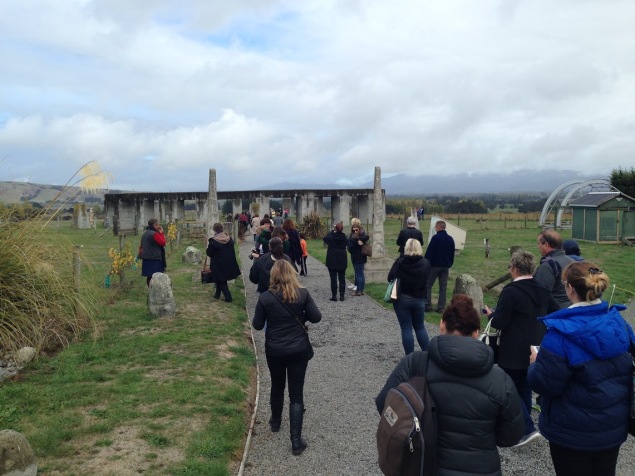 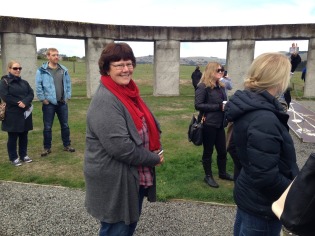 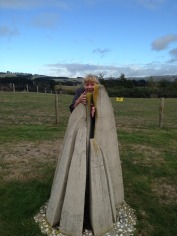 The poor old bus that had to return us by hill and bend to Wellington had its work cut out for it in getting us back in time to catch planes etc.

As it happened, Beverley and I would have missed our plane flight, were it not suddenly delayed upon our being turned down at the bag station. That delay meant that we were admitted to the lounge and found ourselves waiting another 30 mins before being cleared for takeoff.

Still, it was a fine end to a fine weekend, and one that has set the bar on Outlander Gatherings for me. SO VERY WORTH IT.